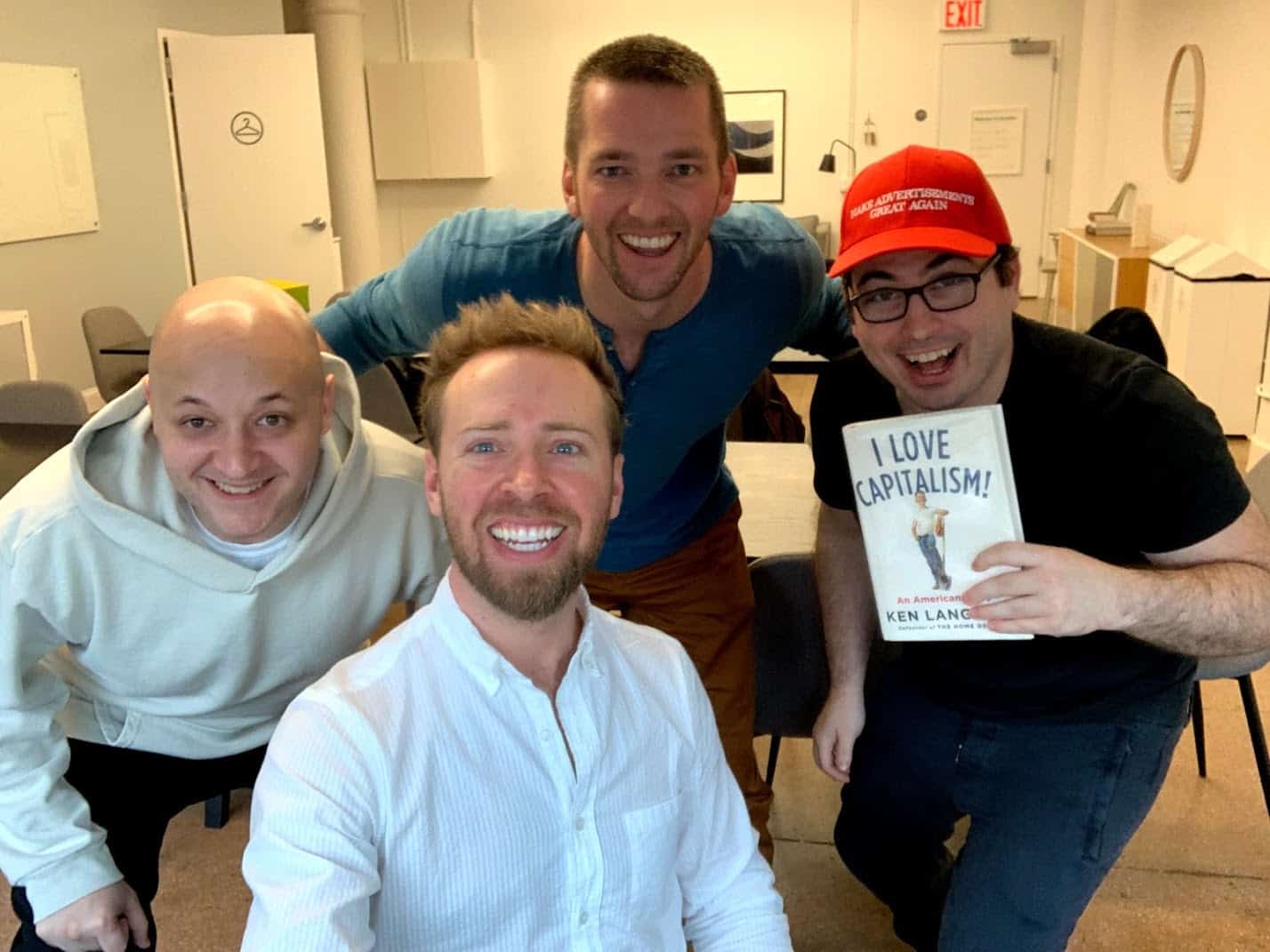 Ken Langone wrote a book called I Love Capitalism. You might think that this is a book mostly about Home Depot.

You would be wrong.

This book is mostly about Ken Langone’s life, coming up on Wall Street, his adventures with the Medical Center at NYU, and a few great chapters on his experience at Home Depot.

Steve Kamb was responsible for running this meeting of our business book club, which occurred on 2 December 2018.

Previously, we had other book club meetings about Netflixed by Gina Keating, Safari by Geoffrey Kent, Losing The Signal, and The Geography of Madness.

Steve did a great job preparing many questions in advance, which I’m sharing below:

My Notes from I Love Capitalism

Assorted notes I jotted down:

Hustling for his first job

Boss who smoked pipes, didn’t want to do it
$100k commission
Going public with the Lego company, or getting a bond, because he called on them

How his father was in the union but he went door to door, and the Union HATED that, because he got gigs faster than the guys who just waited around

Overall amazed how much this guy got DONE and hustled before he was 30, it really is a story of American finance / guy on Wall Street

Lou Rudin, the “tough Jew” who had the commercial lease: “Can you believe I let this fuck out of his lease?”

Pastor who had the shares, “On the pain of Hell, tell me what to do–”
Ken says, “Father, I’m not getting in between God, you can keep your shares.”

Against raising minimum wage.
Always hands on the business and picking up trash

Will never say that he is self made because so many people helped him along the way.

“Were you guys born stupid, or did you just turn that way?”

There aren’t a lot of notes here because I listened to it as an audiobook, and I was late in typing up these notes.

But I really liked the book. I especially liked the Ross Perot anecdotes, such as driving through the tunnel to sign the stock sale documents in New Jersey and how Ken played a trick on Ross in the back of the limo.

He reminded me, in a sense, of Sam Walton and the book: Sam Walton: The Inside Story.

For more information check the interview with Ken Langone below

Other books we’ve read in our business book club: