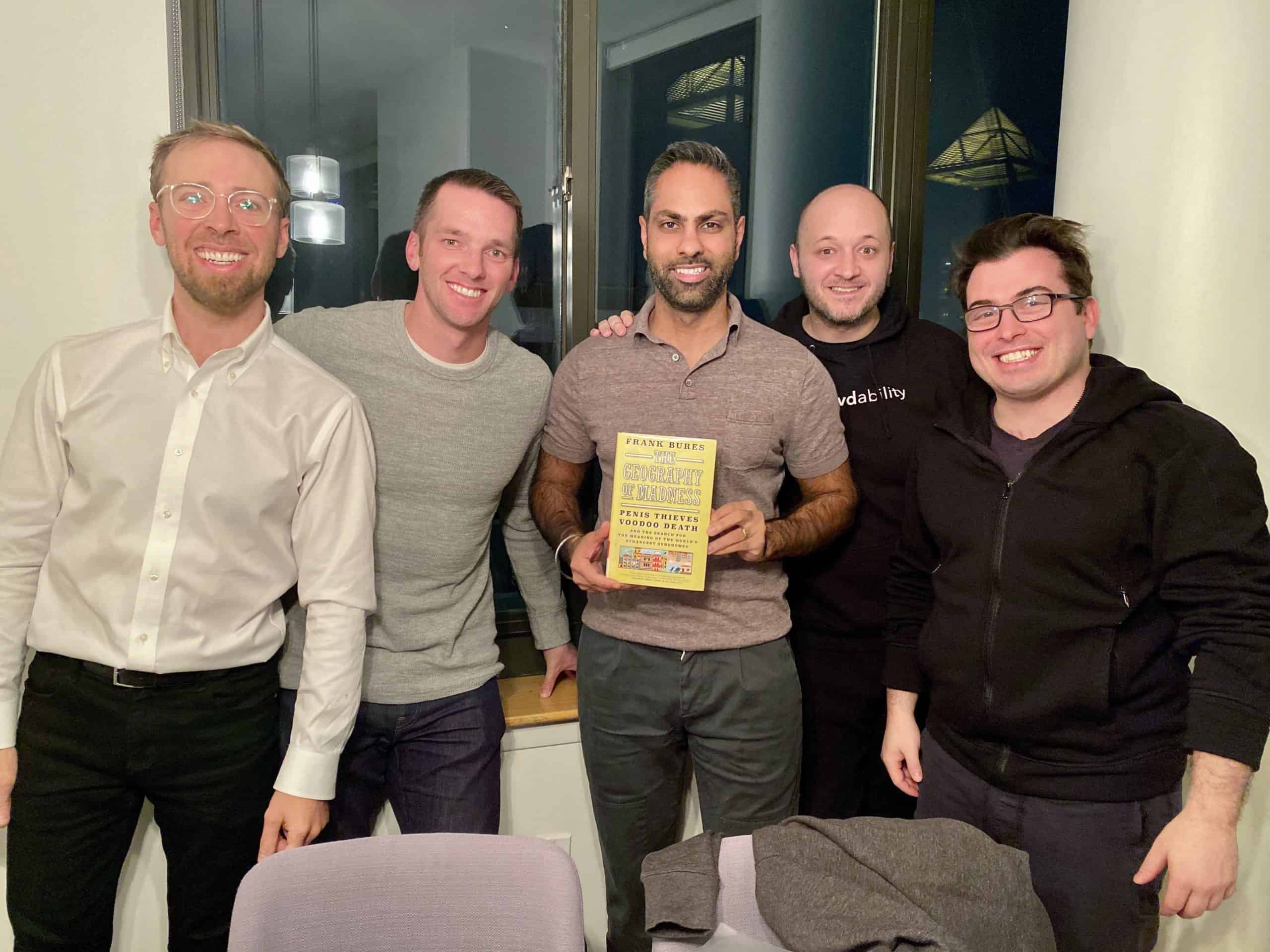 Is PMS real? Can you die from voodoo? Is it possible for a man to have his penis stolen?

These things all seem real to people who experience them. But science can’t prove that they actually exist. These cultural syndromes “exists in a swirl of belief and expectancy and biology.”

Our business book club just finished reading a fascinating book: The Geography of Madness: Penis Thieves, Voodoo Death, and the Search for the Meaning of the World’s Strangest Syndromes by Frank Bures.

I loved this book and it made me think differently. How many of our “diseases” are cultural? How many are in our head? What assumptions do we make? What else is cultural? What can we control and change? It was one of the most interesting books I’ve ever read. It’s also very different than the other books we’ve read in our book club.

Ramit emailed our group a week before the meeting with a few prompts to help prepare our discussion about this book.

What was a specific moment where you realized others look at the world profoundly differently than you?

And that their worldview also made sense. Ramit gave the example of when he went to an Indian funeral:

Everyone dressed casually. I was shocked. My mom said, “We don’t want to ‘show off’ and take attention away from the deceased.”

Which of the following do you believe?

What’s an example of your body physically reacting to your situation at work or personal life?

What are some other examples of beliefs or “invisible scripts” from culture?

See Ramit’s thread on Twitter here for more of his own examples and replies.

I reached out to the author and he linked me to this great post on his site: Geography of Madness: Book Club Edition

Some of my favorite book club discussion questions the he shares are:

These are a few of my favorite passages from the book:

“What is culture? What is it made of? And how are we bound to it?”

Like penis theft, all of these syndromes were terribly real to the people who experienced them. But why was it that they existed in some places and not others? Did where you lived determine how you lost your mind? Would a person who goes mad in one culture go mad differently in another? Or, maybe, would she not go mad at all? What, come to think of it, was a “culture,” anyway? And how tightly were any of us bound to it?

“Mental illnesses were shaped by the cultures in which they appeared…”

On raising his kids:

I started paying closer attention to the books we were reading them, to the movies they watched, and to the stories we shared. These, I came to see, were doing some work deep within them, providing them with outlines and scripts that would help them get through whatever might unfold in their lives, with the choices they would eventually have to make. The stories they heard were paving the roads in front of them. They were shaping the world as they entered it.

“The only thing worse than diagnosing PMS is suggesting it might be a cultural syndrome.”

On medicine and medical procedures:

On how stories and storytelling work:

And more on storytelling:

We all liked this book. Recommended!

Steve Kamb, a member of our book club, described the book like this:

It was an amazing look into tons of physical and mental maladies – all of which are very real – and how many of them are dependent or intertwined with particular societies. It has me thinking about what parts of western culture aren’t ‘facts’ and are just social constructs. Great book. ⁣⁣