The subtitle of The Outsiders book by William N. Thorndike, Jr. is “Eight Unconventional CEOs and Their Radically Rational Blueprint for Success.”

I liked this book a lot! I recommend it for anyone who owns or runs a business.

I’ll show you my key takeaways and summary from this great business book.

How to Qualify as An Outsider CEO: Their company had to handily beat its peers and Jack Welch’s GE in terms of relative market performance.

Capital Allocation in The Outsiders

Capital allocation is “the process of deciding how to deploy the firm’s resources to earn the best possible return for shareholders.”

CEOs have to do two things:

This book focuses on capital allocation, arguing that it might be the most important responsibility that any CEO has.

Warren Buffet laments that very few CEOs are prepared to allocate capital in their business:

“The heads of many companies are not skilled in capital allocation. Their inadequacy is not surprising. Most bosses rise to the top because they have excelled in an aera such as marketing, production, engineering, administration, or sometimes, institutional politics. Once they become CEOs, they now must make capital allocation decisions, a critical job that they may have never tackled and that is not easily mastered. To stretch the point, it’s as if the final step for a highly talented musician was not to perform at Carnegie Hall, but instead, to be named Chairman of the Federal Reserve.”
Bershire Hathaway annual reports, 1987

How does a business spend its money? Thorndike says these are the ways:

The book describes three main choices for how a business can raise capital:

Thorndike identifies these unique and positive characteristics of successful CEOs, as described in the book The Outsiders:

He continues with more positive characteristics:

The book highlights and features these CEOs: 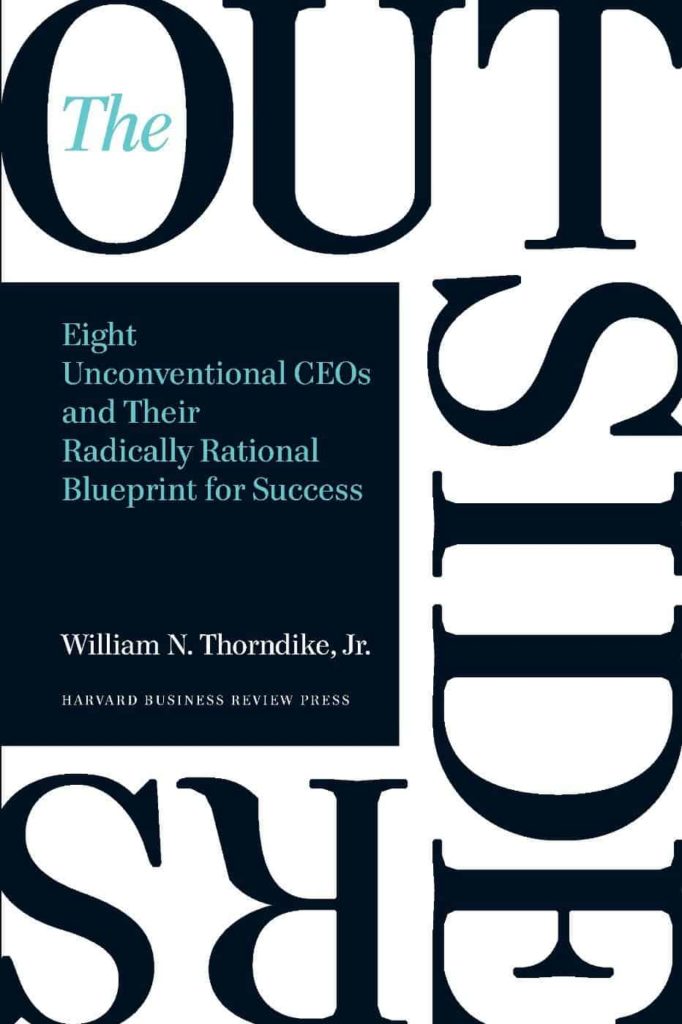