I love this ninja artwork from a guidebook I found called “Ninja Nippon Guide Book.” I think this is the first time they are being shared on the internet. Related: Ninja FAQ

A few of the ninja cartoons from the Ninja Nippon Project

The first page of the guidebook says, “The purpose of the Japan Ninja Council is to position ninja as part of Japan’s cultural heritage in tourism strategies such as the Cool Japan strategy.” 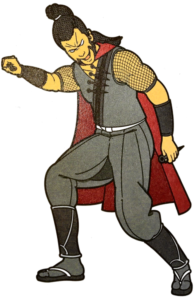 A group of nina who secretly served the Hojo clan during the Sengoku period.

The Fuma were a ninja clan based at Kazama Valley. Also called rappa, they specialized in guerrilla warfare and served the Joho clan, who were the rules of Odawara, for about a hundred years. Their successive leaders took the name Fuma Kotaro. The clan name was originally Kazama (“interval between winds”), but in documents from the Edo period it was changed to the fiercer sounding Fuma (“wind demon”), an epithet which stuck.

The first leader of the Fuma clan, Fuma Kotaro is said to have been over two meters tall, with extremely muscular arms and legs, a thick black beard, and four fangs protruding out of his mouth. Even if accounts are somewhat exaggerated, his appearance certainly was befitting of the leader of this clan of rappa.

Behind the flag of six coins are mountain-dwelling ninja.

When most people think of Sanda ninja they think of the fictional Sarutobi Sasuke and Kirigakure Saizo, but the Sanda clan did in fact rely heavily on ninja. Mountain worship was a common belief system in Shinano Province, which the Sanada clan ruled over, and it is said that there were many ninja who were well-versed in Shugendo, a religion centered on ascetic practice in mountains. Sanda Masayuki and his son Yukimara are well-known for their prowess in battle, especially in guerilla warfare, but it is safe to assume that his victories were made possible through the efforts of many ninja.

Capable of superhuman ninjutsu, Sarutobi Sasuke is a popular figure among aficionados of ninja culture. As a Koka ninja, he serves Sanda Yukimura. This fictional ninja is the invention of a publisher for the popular Tatsukawa Bunko series of children’s fiction, and as such does not correspond to any historical figure, though the theory persists that he is based on a real ninja. 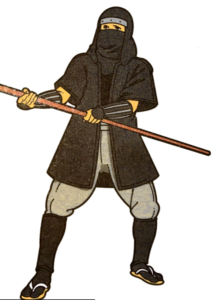 The roots of all ninja and the birthplace of the three Grandmasters.

For a long period of Iga’s history no powerful feudal lords emerged. It is thought that the local samurai developed their own techniques and skills for protecting the providence, which gave rise to the ninja of Iga. The three most prominent of the ninja to come from Iga are Hattori Hanzo,Mamochi Tambanokami, and Fujibayashi Nagatonokami. After the Hattori clan left Iga Province to serve the Matsudaira clan, the Momochi and Fujibayashi ruled Iga. Iga produced a great many ninja, many of whom served as mercenaries in battles throughout the country.

The name Hattori Hanzo was inherited by successive heads of this clan. The most famous member was the second-generatin clan leader Hattori Masanari. Also known as Oni Hanzo, or “Hanzo the Demon,” he led many ninja in service of Tokugawa leyasu. He eventually became a high-level vassal in service of the government, where he was responsible for an estate worth 8,000 koku, which was an unusual level of success for a ninja. A group of ninja who were skilled in medicines as well as battle.

The local Samurai of Koka created organizations for self-government called so, and when foreign enemies attacked they were able to fight them with off with great solidarity through these organizations. These circumstances led to the local samurai gradually developing what we know today as ninjutsu. It is notable that even as they created these self-governing organizations, the area was subordinate to the ruling Rokkaku clan, and as such the locals found ways to coexist. One of the characteristics of the Koka ninja is that they were skilled in the use of medicines and poisons.

The Mochizuki were one of the most prominent clans of ninja counted among the 53 Koka ninja clans. Mochizuki Izumo-no-Kami was involved in the campaign of Ashikaga Yoshihisa against Rokkaku Takayori, which culminated in the Battle of Magari. It is said that Mochizuki used ninjutsu with smoke to confuse the Ashikaga forces. We now know of the existence of two ninja in the Ureshino area of Saga. The Nabeshima clan, which ruled Ureshino in the Edo period, left a chronical called the Hasu-no-Ike Han Nisshi (“Chronical of the Hasu-no-Ike Domain”), which contains an account an account of the Nebeshima clan using a saisaku (ninja) named Tabaru Anzaemon. In addition, it is now clear that the senior disciples of Marume Kurando, the founder of taisha-ryu, taught the taisha-ryu arts (including ninjutsu) to the Shugendo adherent Taketsugu Yosobei of Yoshida.

Tabaru Anzaemon was a ninja who served the Nabeshima clan, the feudal lords of the Hasu-no-Ike Domain. There is a written account stating that “Lord Nabeshima sent Tabaru Anzaemon to Shimabara as a saisaku [ninja] to investigate the state [of the rebellion].” It has also become clear that, while carrying out his mission of gathering information, Tabaru served as the head of the musket squadron.

Images of the Guidebook and Ninjas 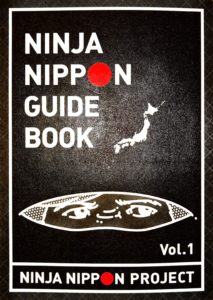 Inside Pages with Regional Ninjas from Japan 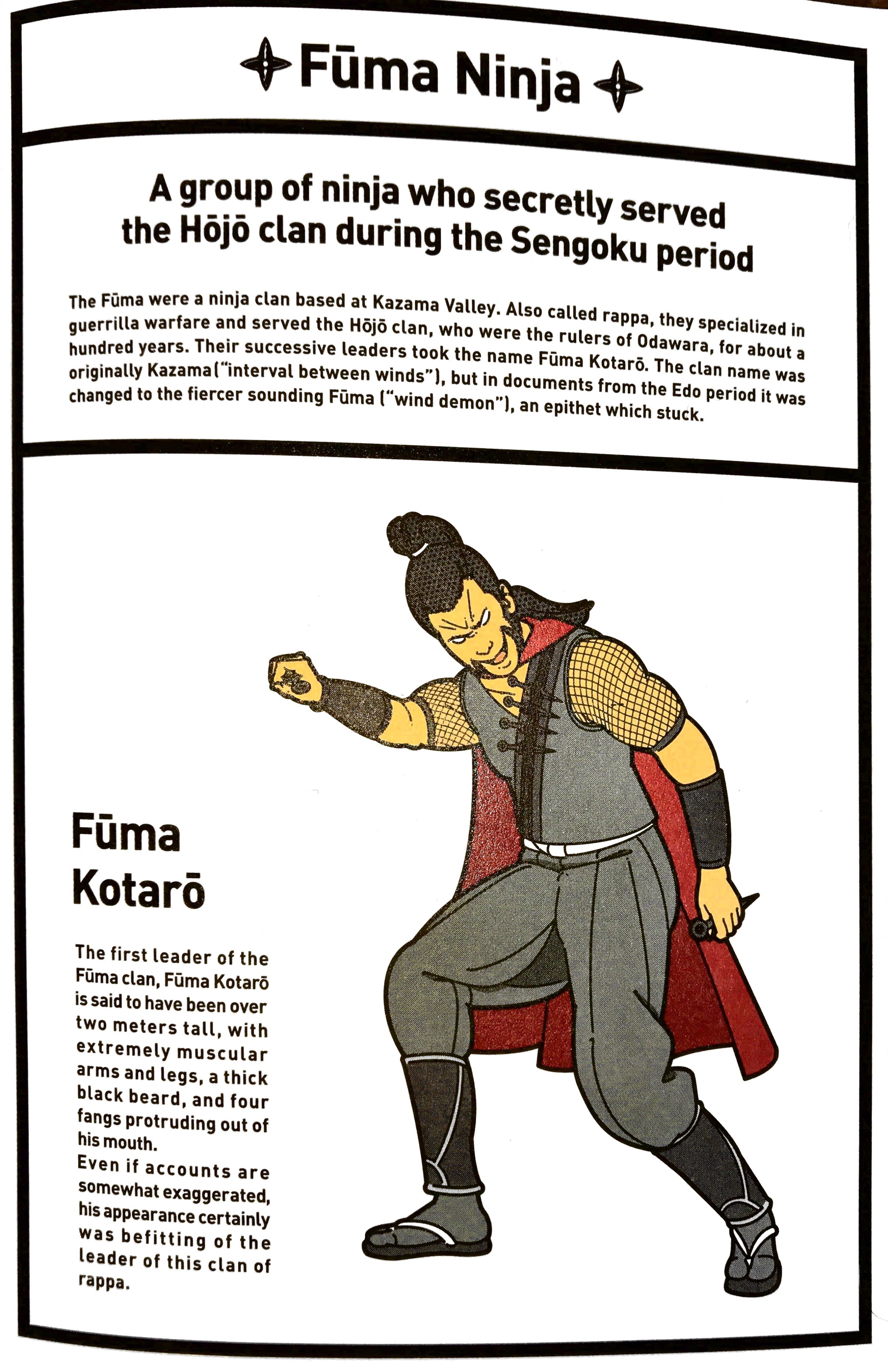 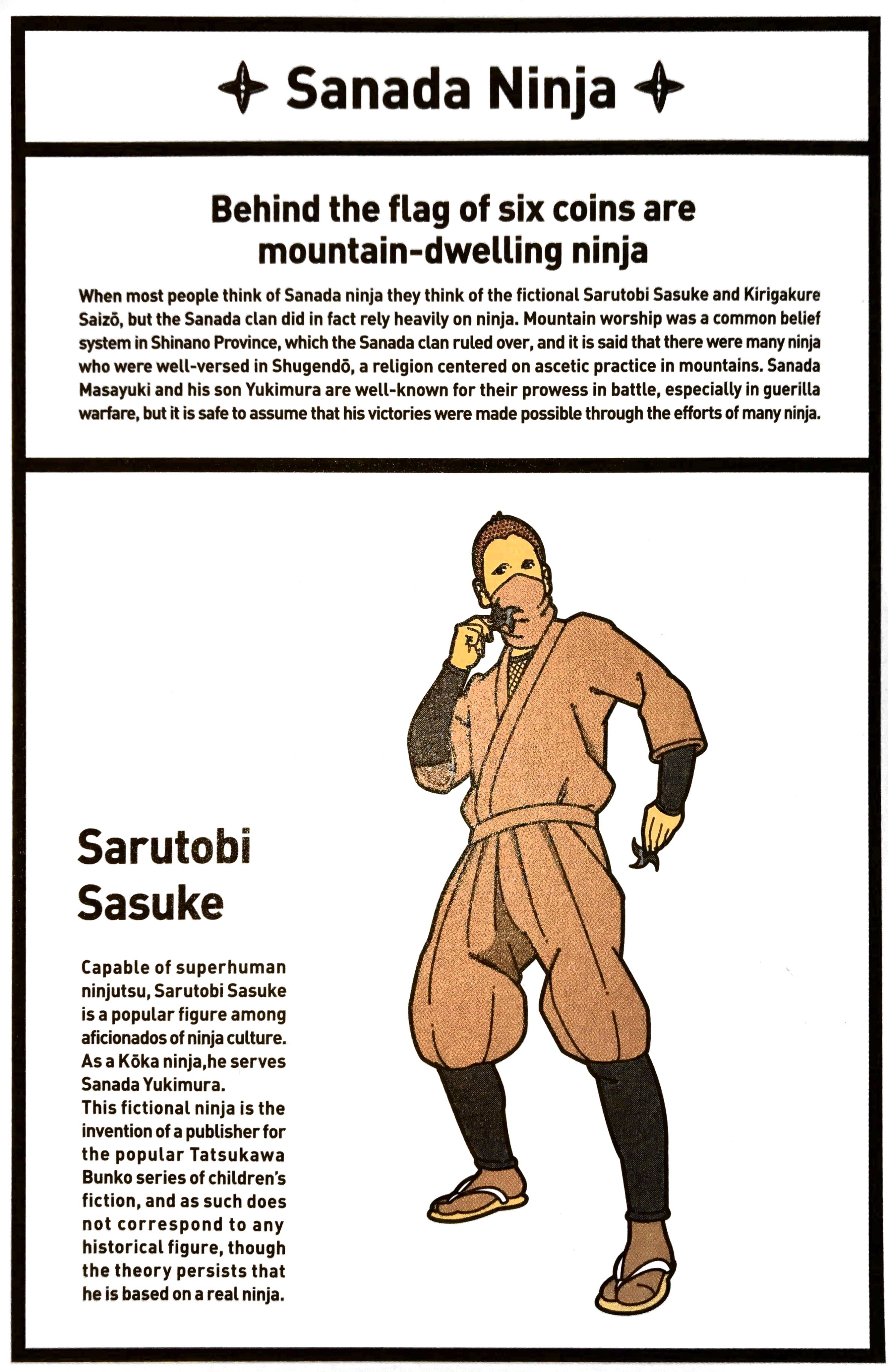 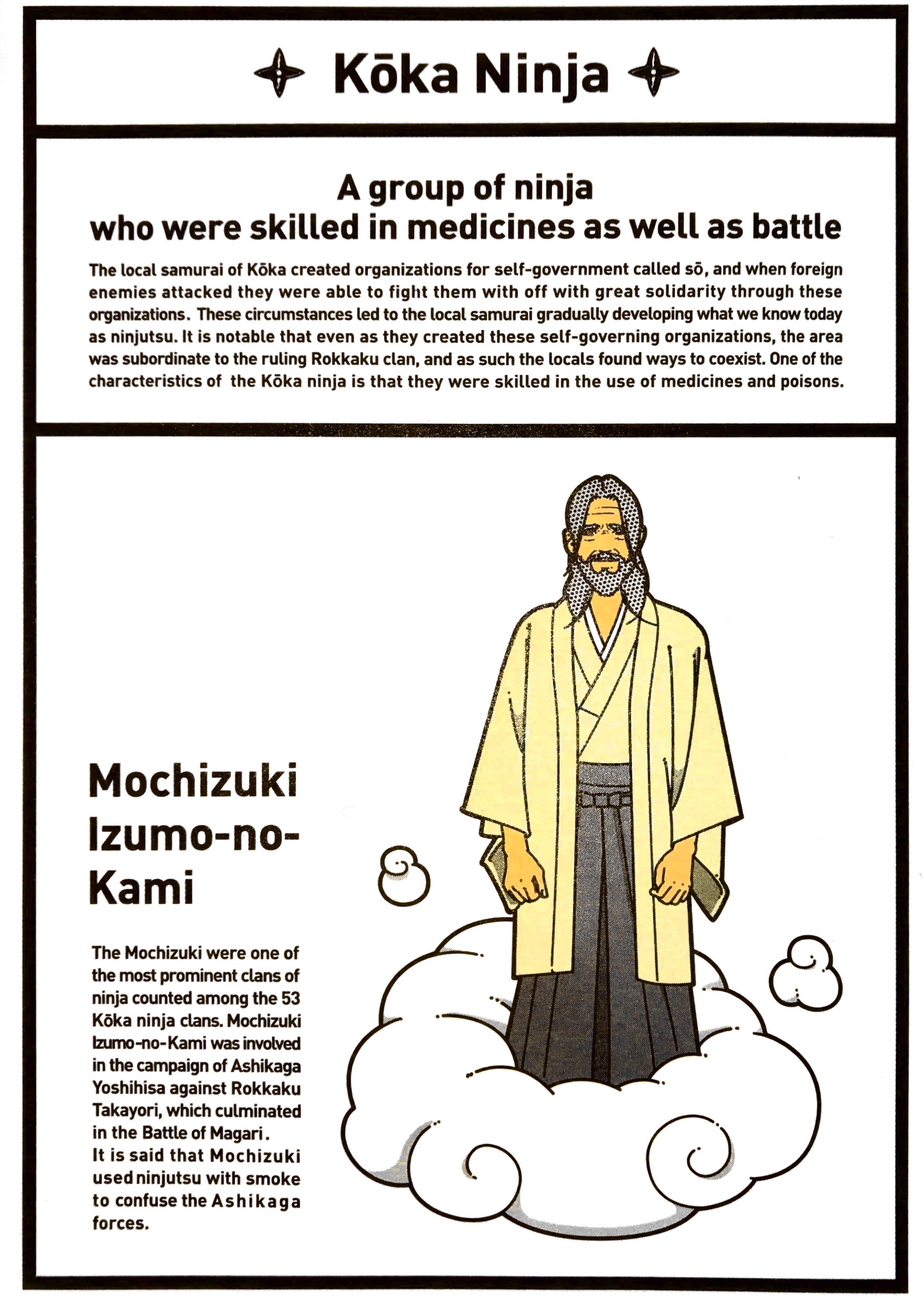 I received this guidebook on January 29th, 2017 from a Japanese Tourism booth at the New York Times Travel Show 2017 in New York City. To my knowledge, this is the first time this information from the guidebook has been shared on the internet. I love Japan and wish to return some day soon.