I met Mark Fisher at a birthday party recently. His company sounded cool, so I went to visit.

When you call Mark Fisher Fitness late at night and nobody answers the phone, you’re presented with a standard menu tree: 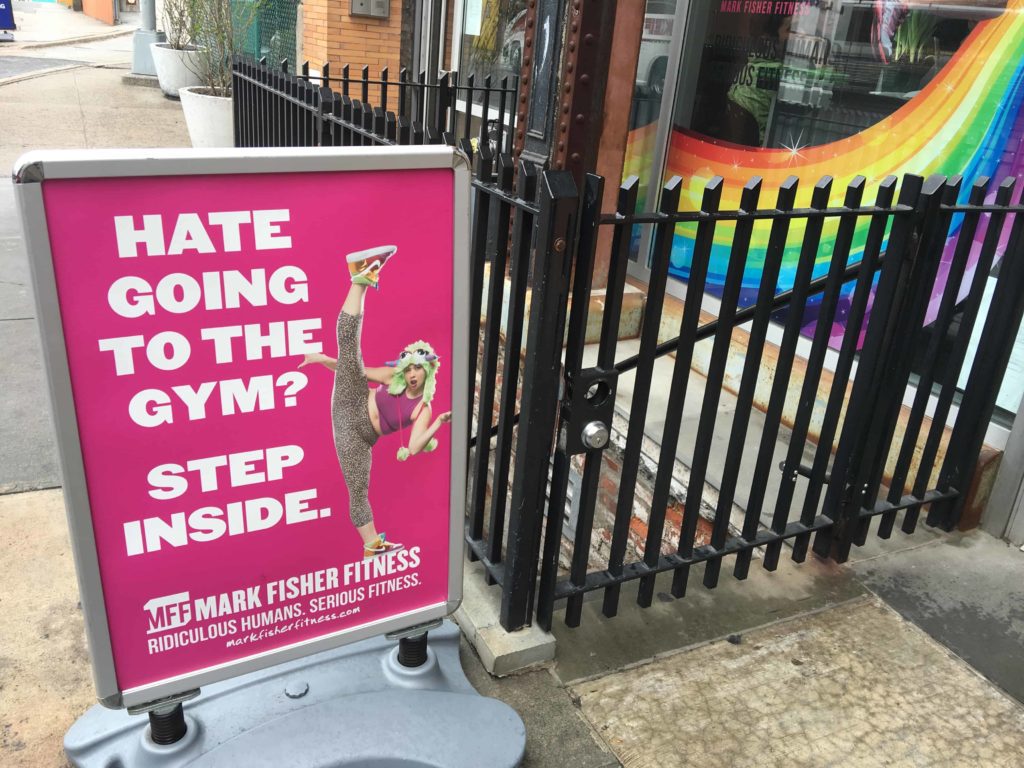 Counter-culture audience marketing is strong here! I love it

I visited the studios for a free tour, which you can book online. I saw three connected fitness spaces that they occupy in Midtown West: the main area, the Dragon’s Den, and Snatch Studios. 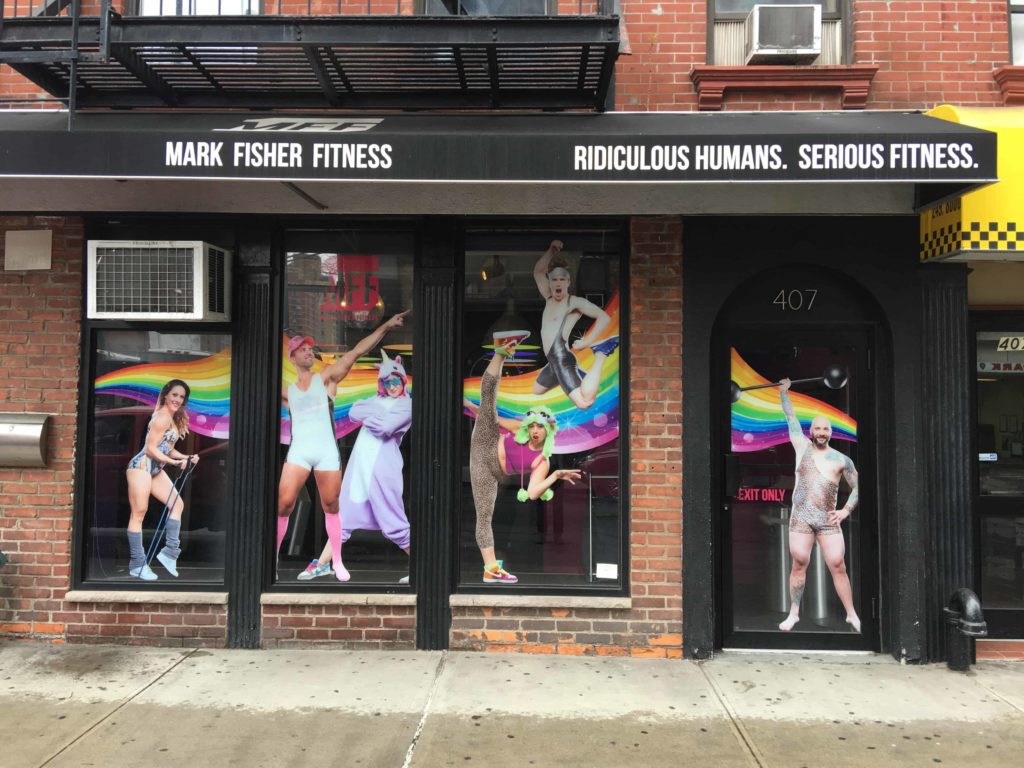 Snatch is the most popular program offered by Mark Fisher Fitness, and this is where it all began. (Could perhaps be compared to Museum Hack‘s VIP Night tours?) This program costs $279 x3 and is a 6 week ass-kicking fitness program. 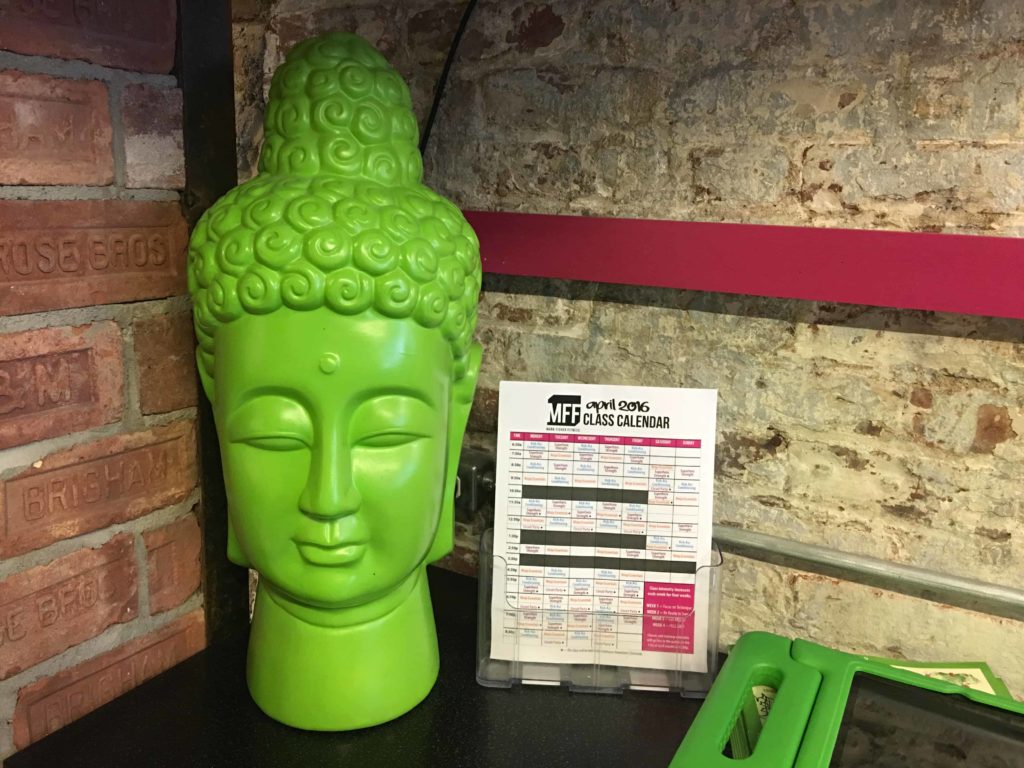 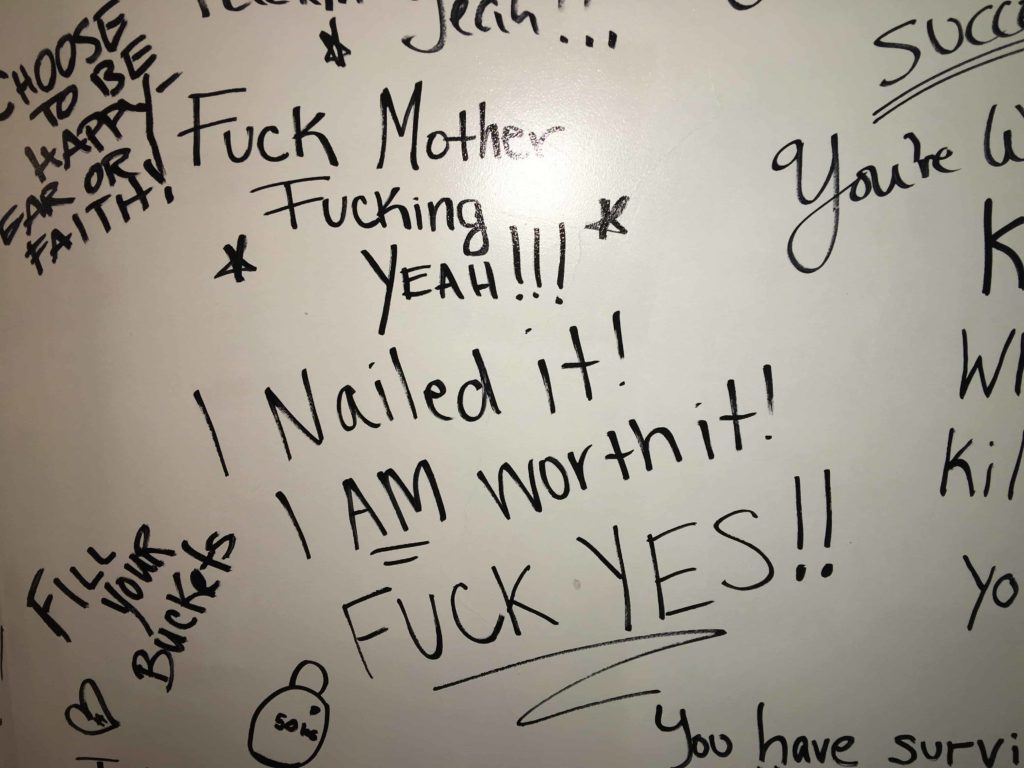 Customers signed this wall after they completed an intensive workout program

Me on the Tim Ferriss Show
Freediving in Thailand
Leader Dog Apprenticeship Program
First Aid and CPR Workshop in NYC
What's On My Cork Board?
Hypatia and the Heathens