I read through the past 10 years of Berkshire Hathaway annual reports.

Each report is well worth reading (and re-reading).

Both Warren Buffett and his business partner Charlie Munger often talk about how much they read.

Munger is famously quoted as saying:

“In my whole life, I have known no wise people (over a broad subject matter area) who didn’t read all the time – none, zero.”

True to form, each Berkshire Hathaway report mentions a few books worth reading.

While a summer reading list or a “best books of the year” list is nothing new, a book recommendation means something entirely different when it comes from Warren Buffett. 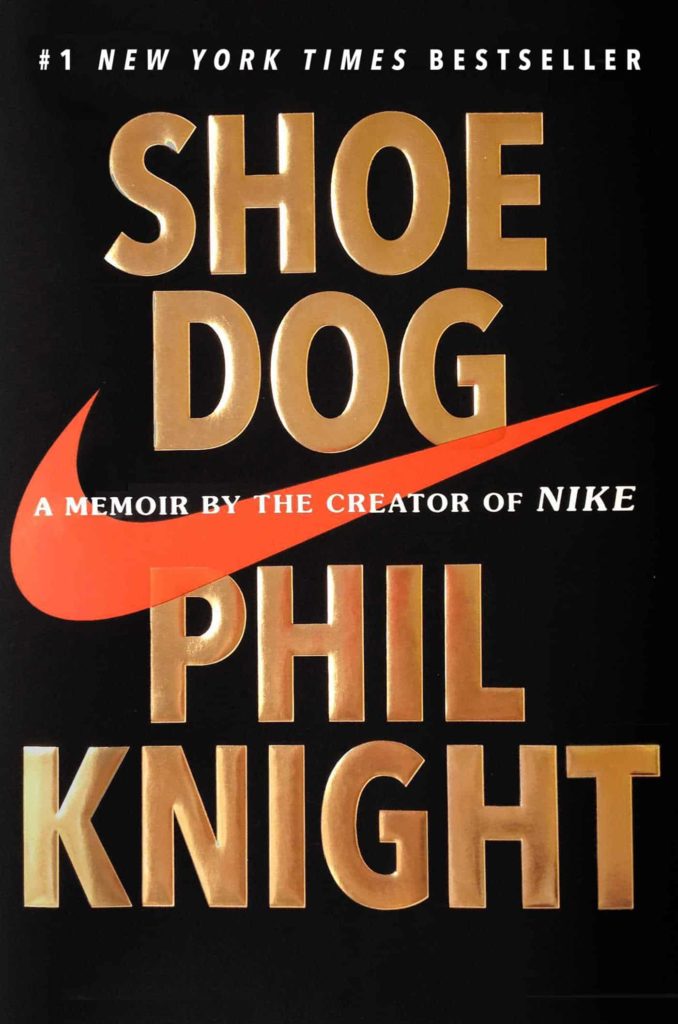 Nike’s Phil Knight is a very wise, intelligent and competitive fellow who is also a gifted storyteller.

The Bookworm will once again offer our history of the highlights (and lowlights) of Berkshire’s first 50 years. Non-attendees of the meeting can find the book on eBay. Limping on Water
by Phil Beuth

An autobiography that chronicles his life at Capital Cities Communications and tells you a lot about its leaders, Tom Murphy and Dan Burke. These two were the best managerial duo – both in what they accomplished and how they did it – that Charlie and I ever witnessed. Much of what you become in life depends on whom you choose to admire and copy. Start with Tom Murphy, and you’ll never need a second exemplar. 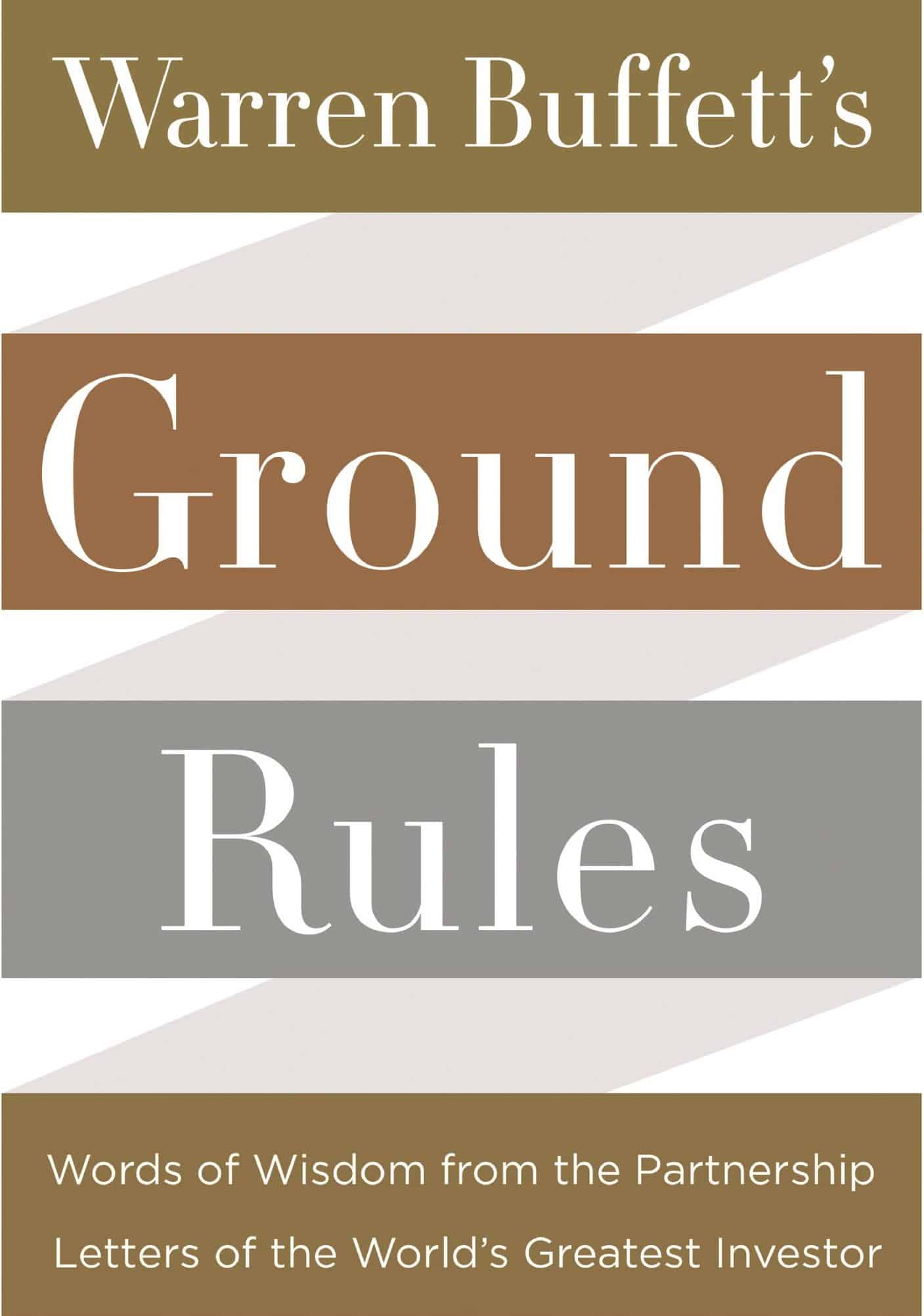 A book that will debut at the annual meeting. Mr. Miller has done a superb job of researching and dissecting the operation of Buffett Partnership Ltd. and of explaining how Berkshire’s culture has evolved from its BPL origin. If you are fascinated by investment theory and practice, you will enjoy this book. 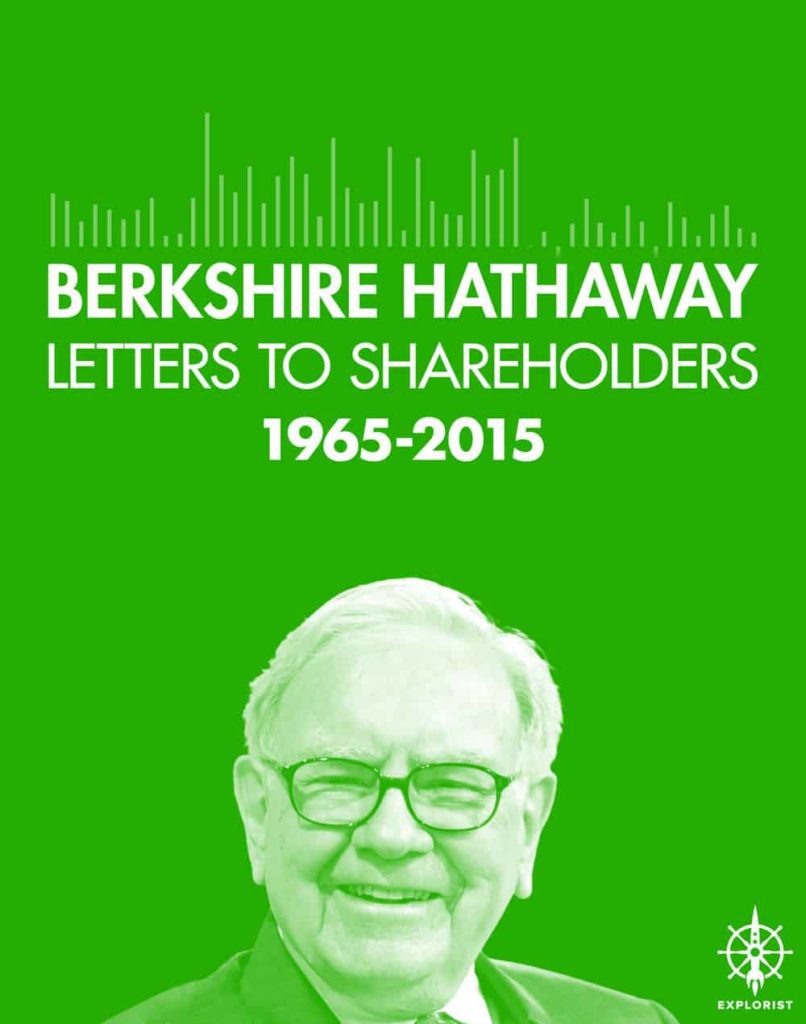 Max Olson’s compilation of Berkshire letters going back to 1965, and he has produced an updated edition for the meeting. We also expect to be selling an inexpensive book commemorating our fifty years. It’s currently a work in process, but I expect it to contain a wide variety of historical material, including documents from the 19th Century. 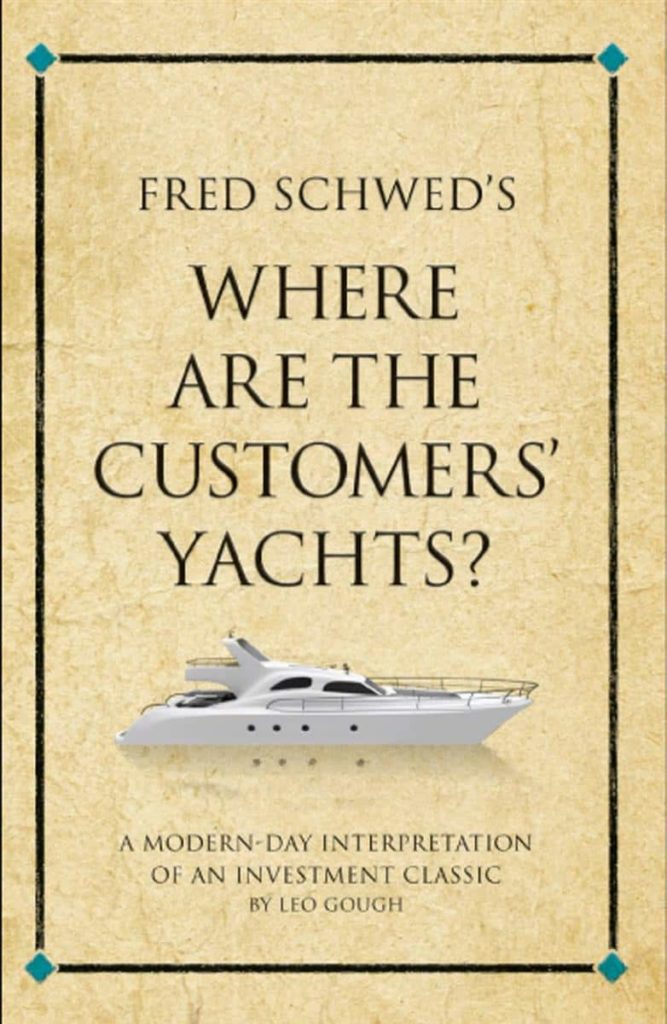 Where Are the Customers’ Yachts
by Fred Schwed

In Fred Schwed’s wonderful book, Where Are the Customers’ Yachts’, a Peter Arno cartoon depicts a puzzled Adam looking at an eager Eve, while a caption says, “There are certain things that cannot be adequately explained to a virgin either by words or pictures.” If you haven’t read Schwed’s book, buy a copy at our annual meeting. Its wisdom and humor are truly priceless.

This book was also mentioned in the 2006 annual report.

This book was first published in 1940 and is now in its 4th edition. The funniest book ever written about investing, it lightly delivers many truly important messages on the subject. 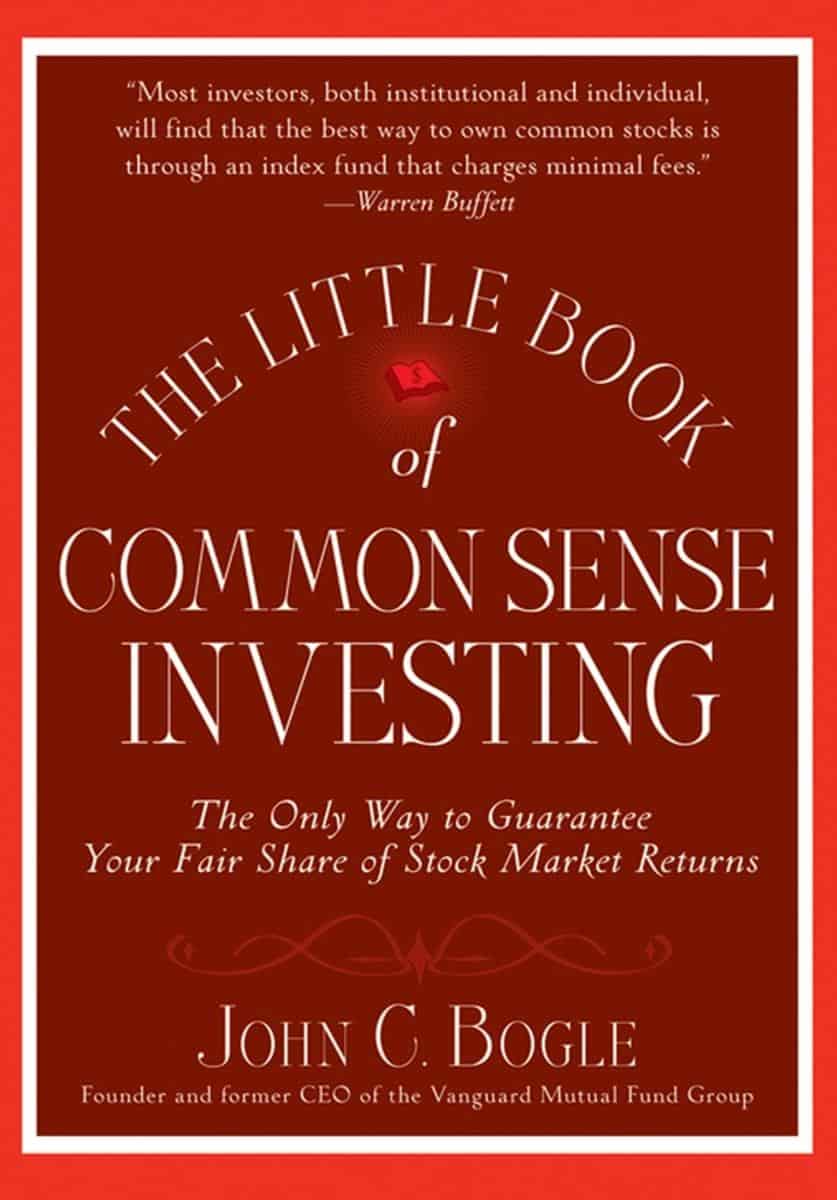 The Little Book of Common Sense Investing
by John Bogle

There are a few investment managers, of course, who are very good – though in the short run, it’s difficult to determine whether a great record is due to luck or talent. Most advisors, however, are far better at generating high fees than they are at generating high returns. In truth, their core competence is salesmanship. Rather than listen to their siren songs, investors – large and small – should instead read Jack Bogle’s The Little Book of Common Sense Investing.

Before I depart the subject of spin-offs, let’s look at a lesson to be learned from a conglomerate mentioned earlier: LTV. I’ll summarize here, but those who enjoy a good financial story should read the piece about Jimmy Ling that ran in the October 1982 issue of D Magazine. Look it up on the Internet. 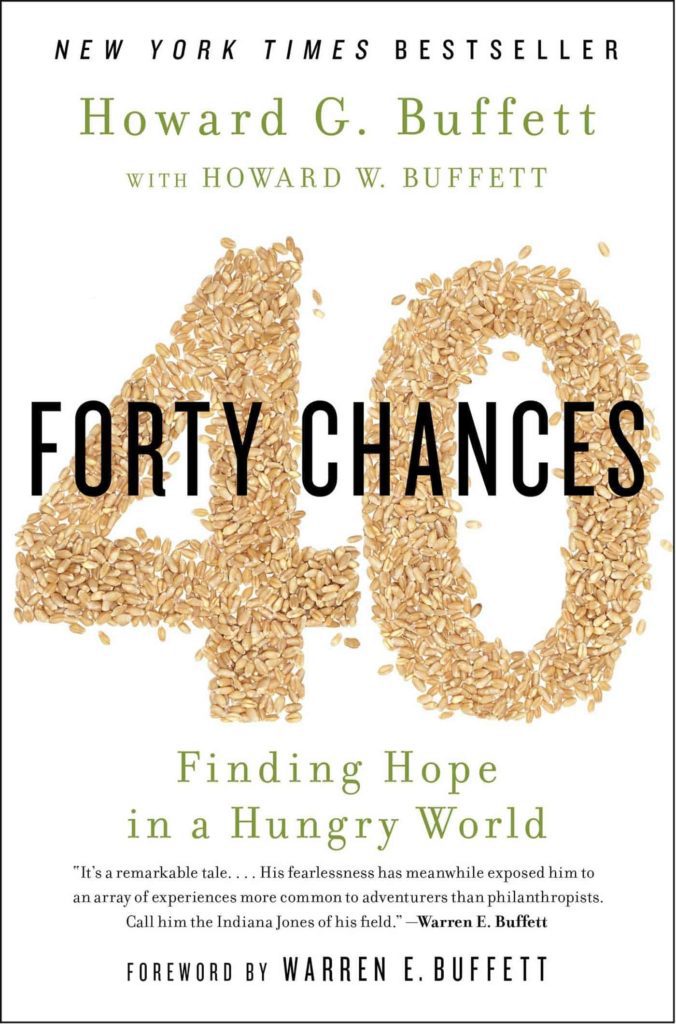 By my son, Howard. You’ll enjoy it. 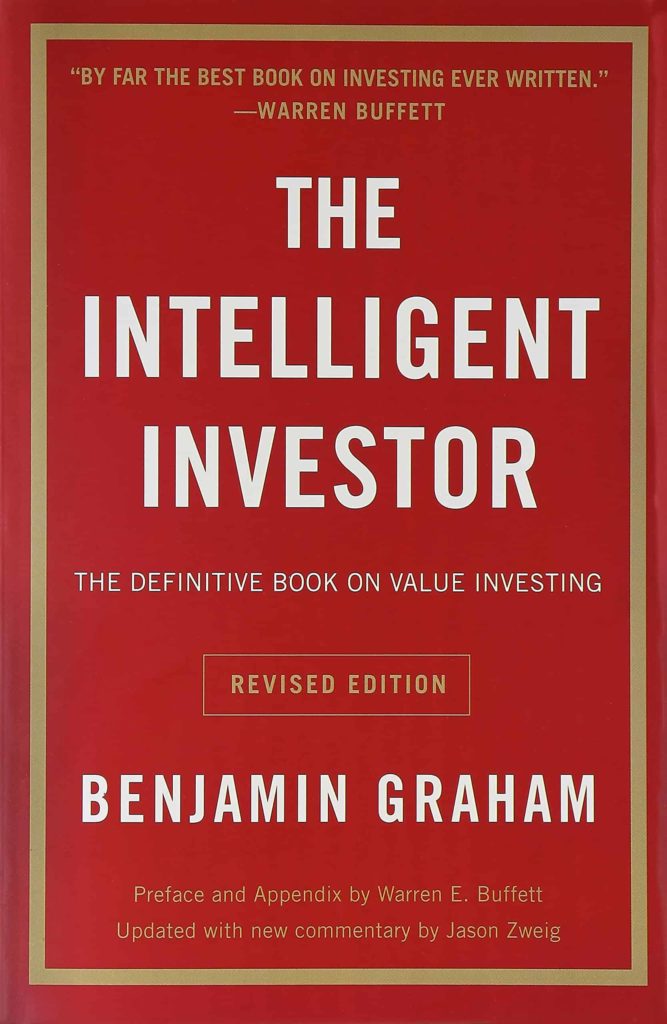 The Intelligent Investor
by Ben Graham

And now back to Ben Graham. I learned most of the thoughts in this investment discussion from Ben’s book The Intelligent Investor, which I bought in 1949. My financial life changed with that purchase.

This book was also mentioned in the 2011 Annual Report.

Chapter Eight of Ben Graham’s The Intelligent Investor, the chapter dealing with how investors should view fluctuations in stock prices. Immediately the scales fell from my eyes, and low prices became my friend. Picking up that book was one of the luckiest moments in my life. 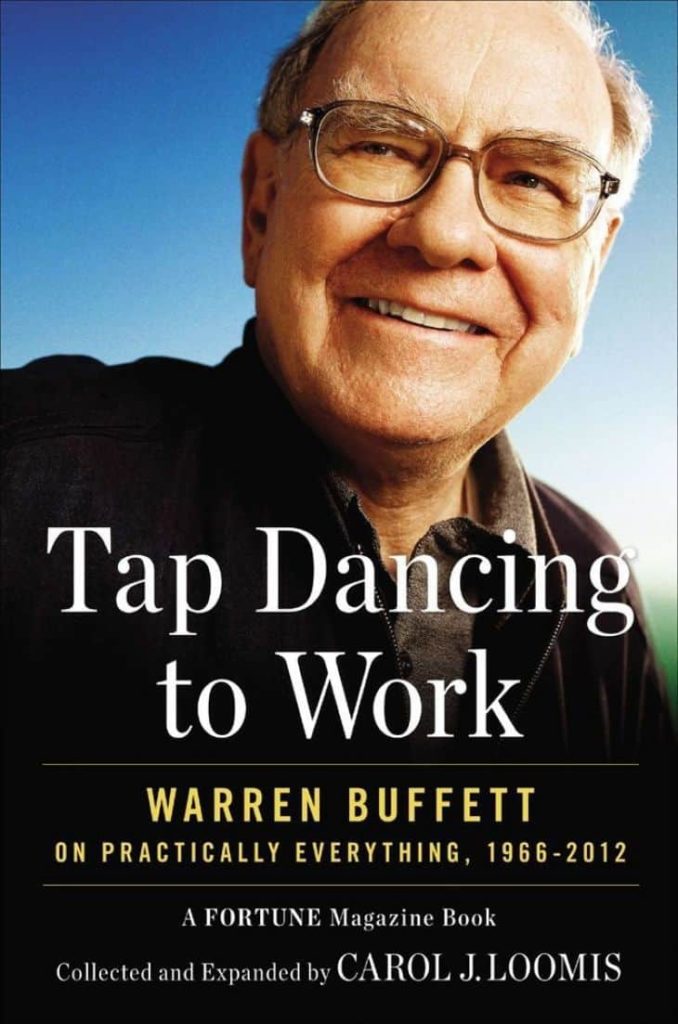 Tap Dancing to Work: Warren Buffett on Practically Everything
by Carol Loomis

[Carol Loomis] has been invaluable to me in editing this letter since 1977. She and I have cosigned 500 copies, available exclusively at the meeting. 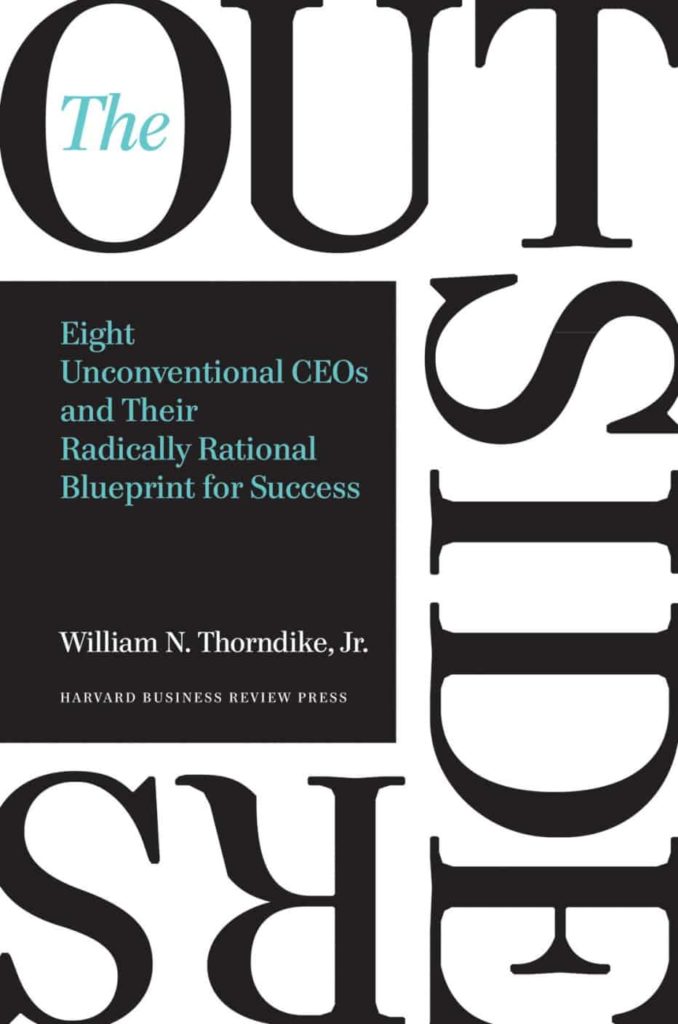 The Outsiders
by William Thorndike, Jr.

[The Outsiders] is an outstanding book about CEOs who excelled at capital allocation. It has an insightful chapter on our director, Tom Murphy, overall the best business manager I’ve ever met.

BONUS: Click here to review my highlights and favorite passages from The Outsiders. I loved it. 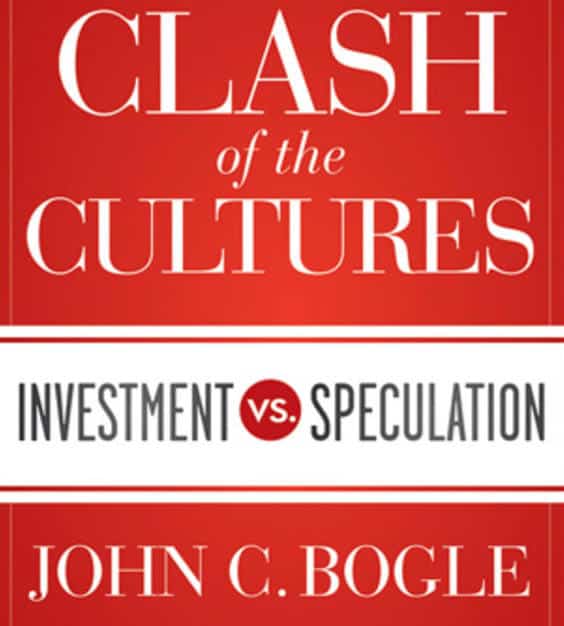 The Clash of the Cultures
by John Bogle

This book was included as part of a list, with no specific mention. 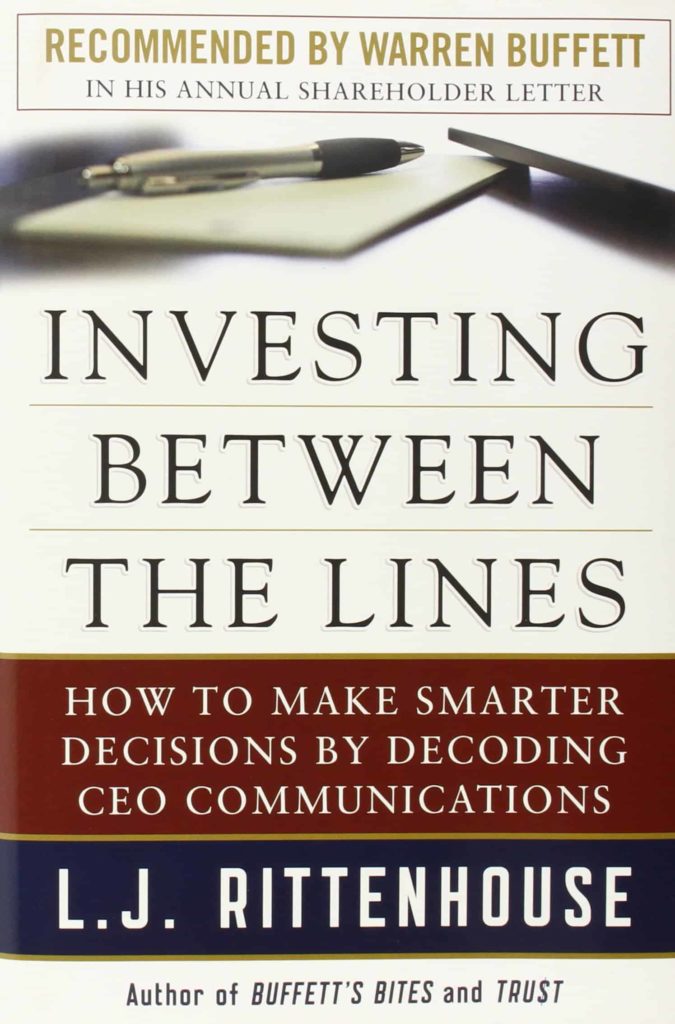 Investing Between the Lines
by L.J. Rittenhouse

This book was included as part of a list, with no specific mention. 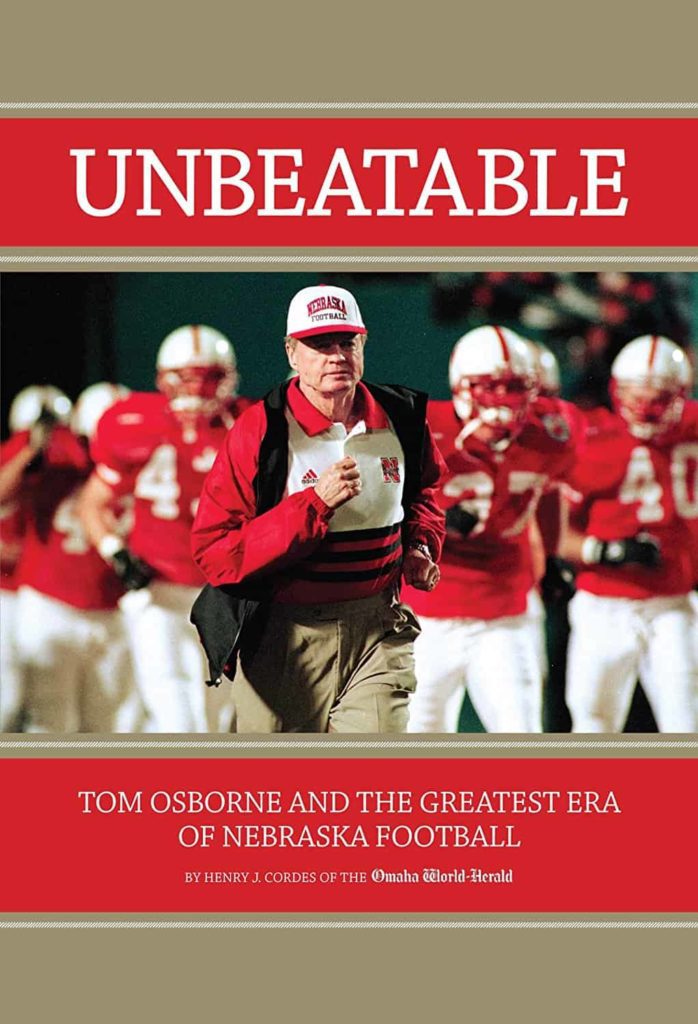 Redblooded Husker fans – is there any Nebraskan who isn’t one? – will surely want to purchase Unbeatable. It tells the story of Nebraska football during 1993-97, a golden era in which Tom Osborne’s teams went 60-3. One CEO who always stresses the price/value factor in repurchase decisions is Jamie Dimon at J.P. Morgan; I recommend that you read his annual letter. 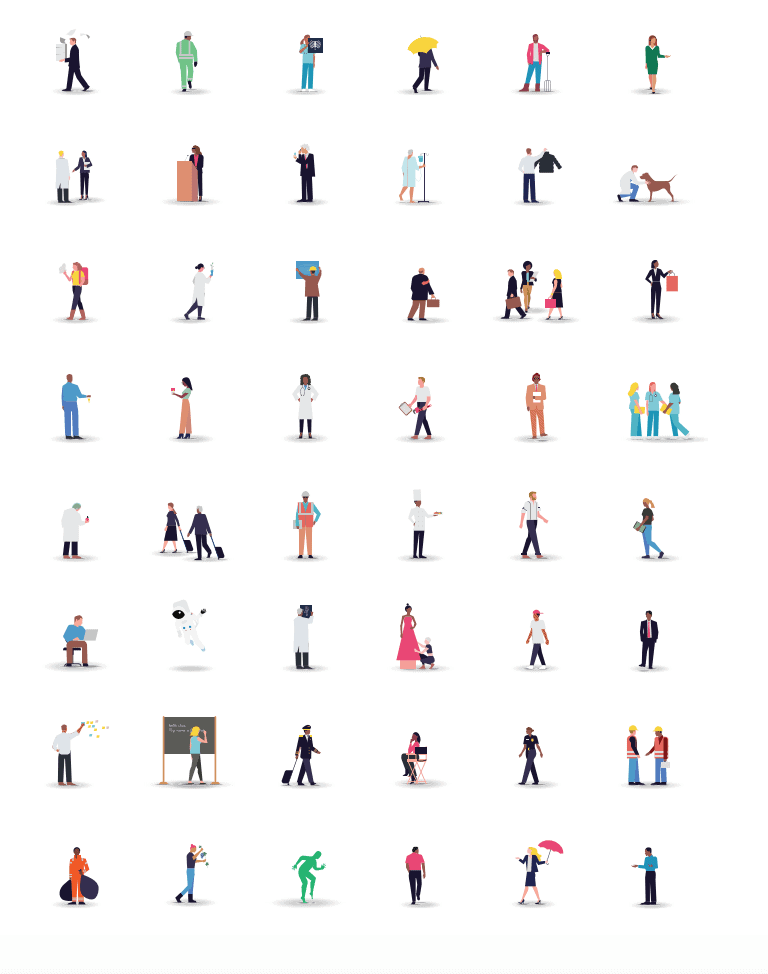 As was the case with Coca-Cola in 1988 and the railroads in 2006, I was late to the IBM party. I have been reading the company’s annual report for more than 50 years. 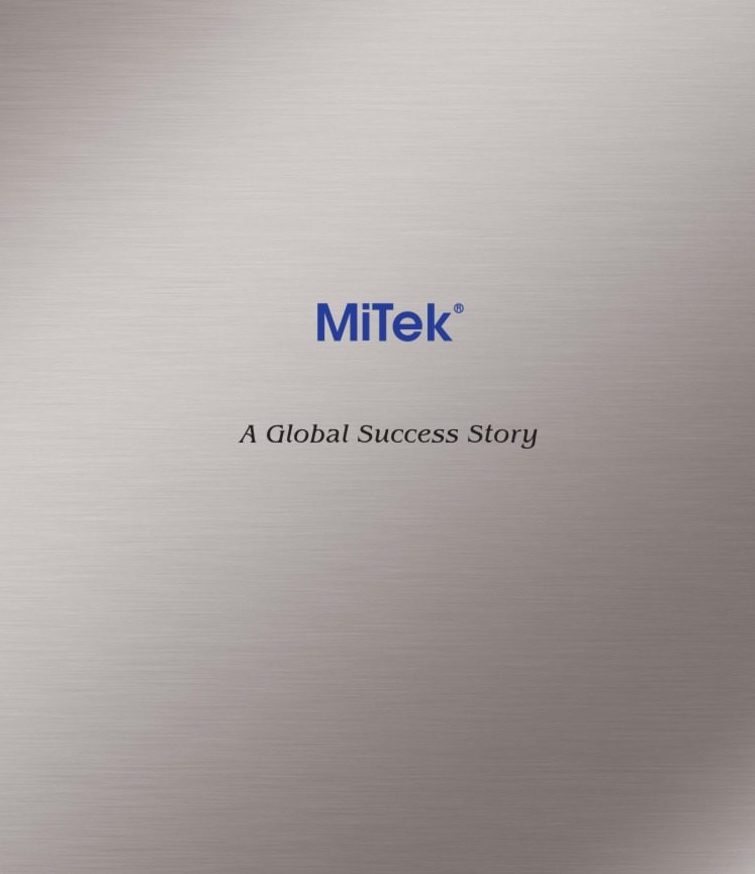 I recommend MiTek, an informative history of one of our very successful subsidiaries. You’ll learn how my interest in the company was originally piqued by my receiving in the mail a hunk of ugly metal whose purpose I couldn’t fathom. Since we bought MiTek in 2001, it has made 33 “tuck-in” acquisitions, almost all successful. 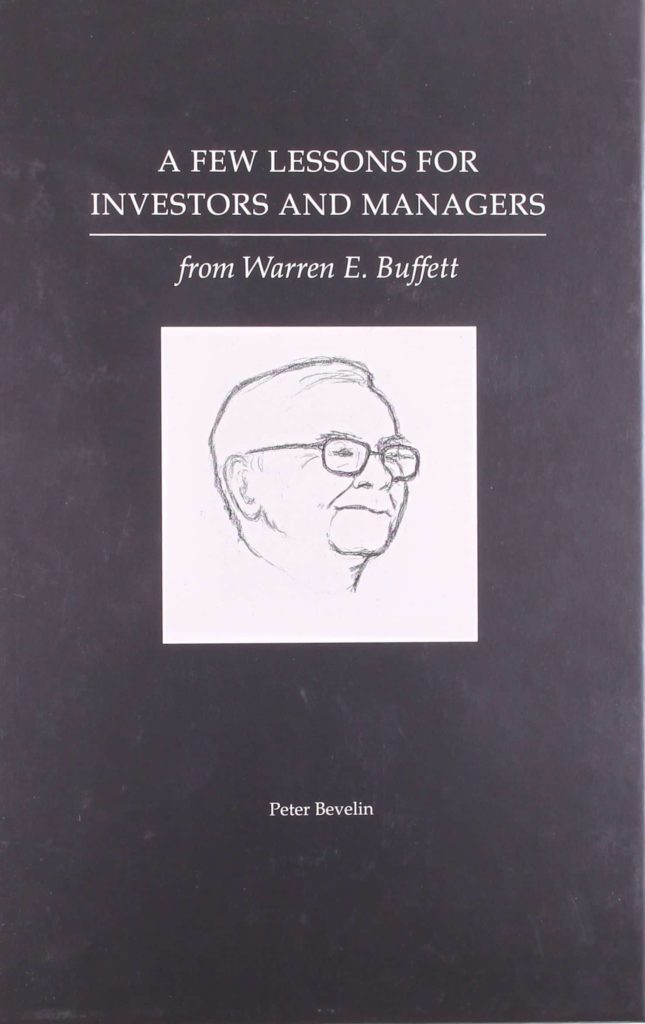 A Few Lessons for Investors and Managers from Warren E. Buffett
by Peter Bevelin

I think you’ll also like a short book that Peter Bevelin has put together explaining Berkshire’s investment and operating principles. It sums up what Charlie and I have been saying over the years in annual reports and at annual meetings. The Chinese language edition of Poor Charlie’s Almanack, the ever-popular book about my partner. So what if you can’t read Chinese? Just buy a copy and carry it around; it will make you look urbane and erudite. 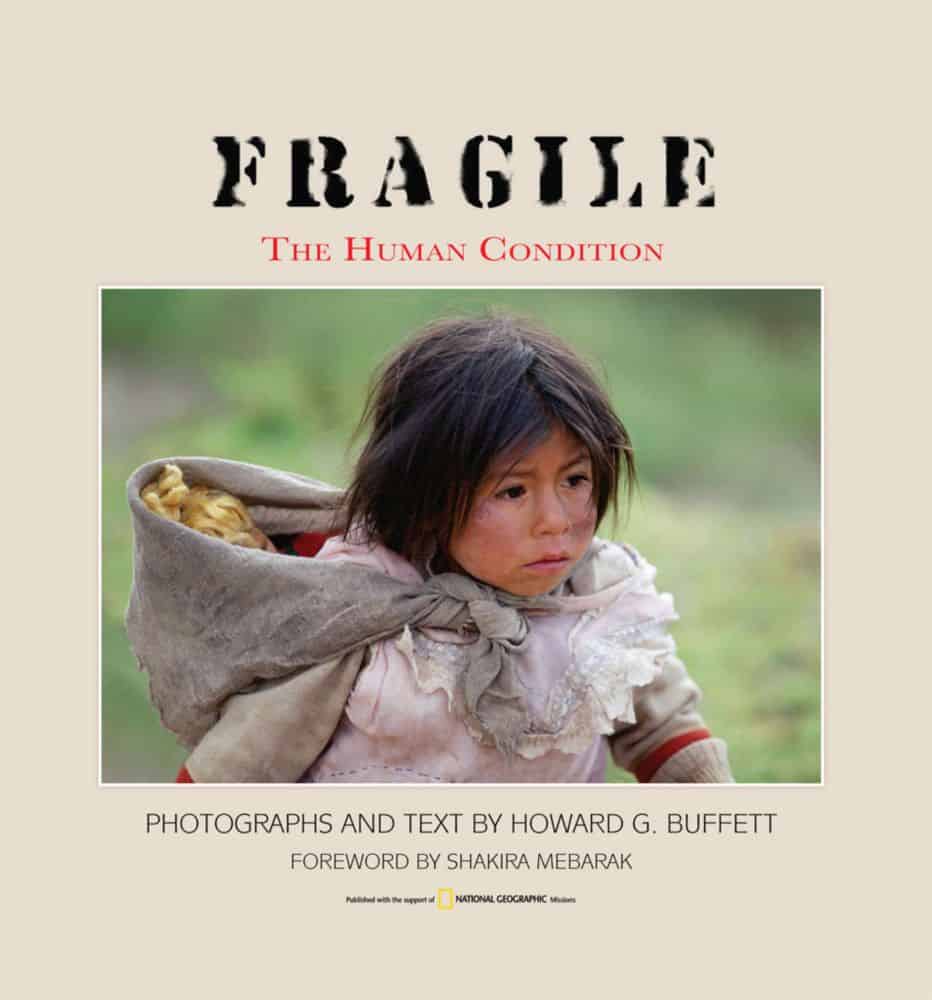 …a volume filled with photos and commentary about lives of struggle around the globe. 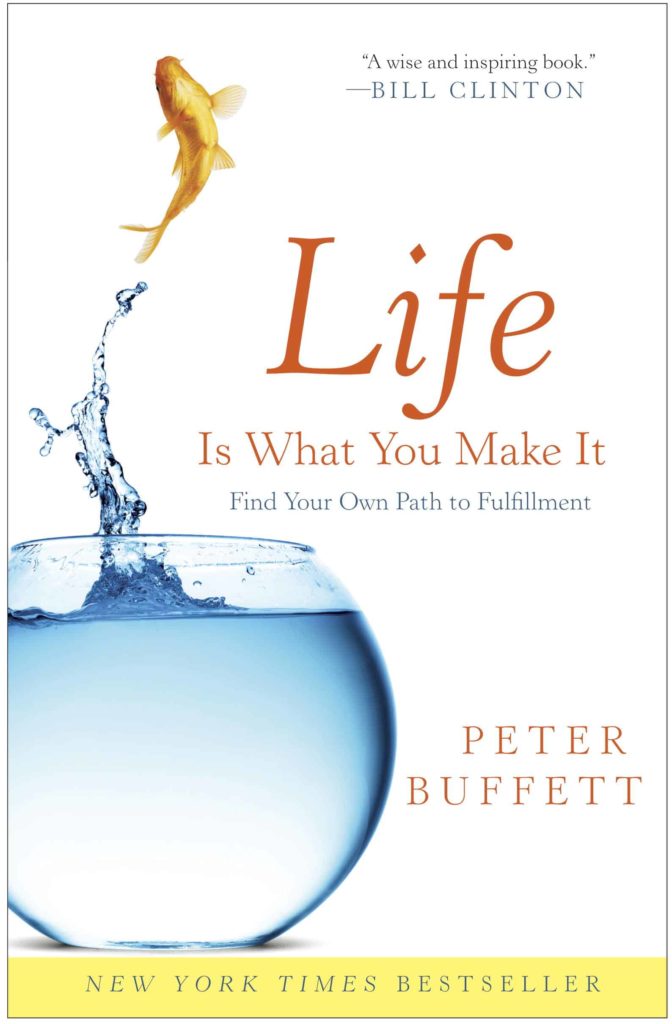 Life Is What You Make It
by Peter Buffett

This book was included in a list, with no notes. Completing the family trilogy will be the debut of my sister Doris’s biography, a story focusing on her remarkable philanthropic activities. 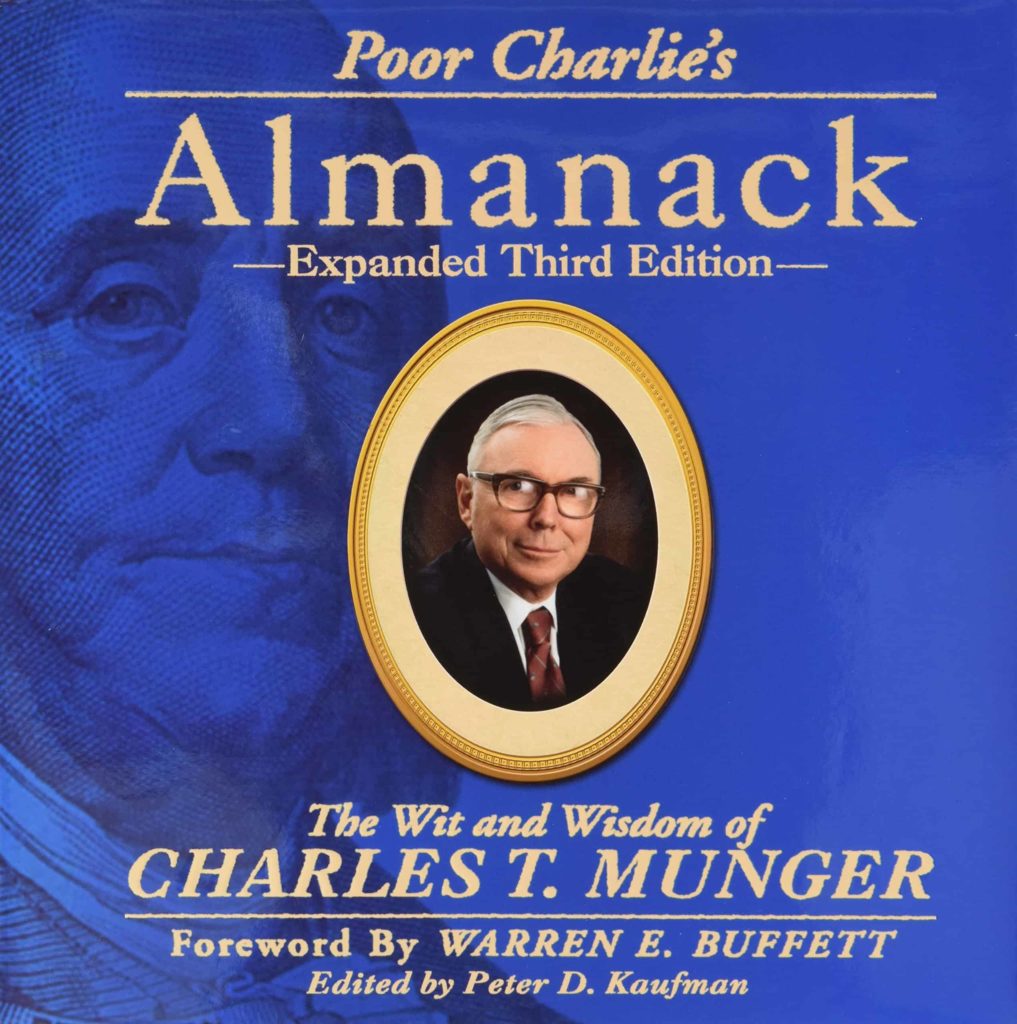 Also available will be Poor Charlie’s Almanack, the story of my partner. This book is something of a publishing miracle – never advertised, yet year after year selling many thousands of copies from its Internet site.

This book was also recommended in the 2007 annual report.

Without any advertising or bookstore placement, Charlie’s book has now remarkably sold nearly 50,000 copies. For those of you who can’t make the meeting, go to poorcharliesalmanack.com to order a copy.

I did not find any book recommendations listed for 2008.

No other recommendations besides Poor Charlie’s Almanack which I’ve included in 2009 since it was again mentioned there. Seeking Wisdom: From Darwin to Munger
by Peter Bevelin

a long-time Swedish shareholder of Berkshire

These are just the last 10 years!

I will compile the last 20 or 30 years if a couple of people like this post and find the info helpful.

How To Read More Books: Read Them Like Magazines
Losing The Signal: Business Book Club Discussion
Good Books I've Read (And Others) Nov 2015
Book Swap and Cocktail Party in NYC
Great Book: Shoe Dog by Phil Knight
Book Notes: How Will You Measure Your Life?