ZeroChaos, founded in 1999, is little-known company that I’ve become interested in. They provide contract employees (or “contingent workforce solutions”) for Google, IBM, and many other large companies.

My company Museum Hack recently started to receive a lot of applicants for our remote positions from people who had previously worked for ZeroChaos.

I’m interested in learning more about this company and am using this post to collect my notes and links.

This all changed in 2001 when Harold Mills came on board as the Executive Vice President.

Harold Mills came on board in 2001 as Executive Vice President and in one year sales jumped from $700k to $48M dollars.  That is an increase of 68x.  Absolutely incredible!

Over the next 10 years under Harold Mills’ leadership, the company continues to grow at an incredible rate.  Today they are showing over $3B in sales.  You read that right, THREE BILLION DOLLARS – and you have probably never heard of them before you read this article.

This is by no means the only strategy that Mills used to turn the company around, but I found this sales technique especially compelling.

According to this article:

Their first large customer was EDS (Electronic Data Systems). Part of Mills’ strategy was to ask them to pay ZeroChaos what they were being charged by their lowest-priced competitor, a price Mills knew they could beat. Then they created a schedule, comparing what that rate was versus what ZeroChaos would have charged. Then, to sweeten the pot, ZeroChaos would give back to EDS, every month, a check for the difference. The first month it was around $5,000, then it grew to $10-$15,000 and within 18 months, Mills was flying to Dallas to deliver a monthly check for $250,000. Mills said, “We had to come up with ways to demonstrate value to a customer and showing up every month with a check was pretty effective.”

“We started off small and proved ourselves; then those companies became a great customer reference which opened doors to others,” Mills explained. “When you deliver checks each month, your customers sell for you. I could say to a potential client, ‘You’re fighting with a handgun, but EDS is fighting with a bazooka’…That has an impact.”

What a brilliant and bold move.  Who is this Harold Mills, and where did he come from? 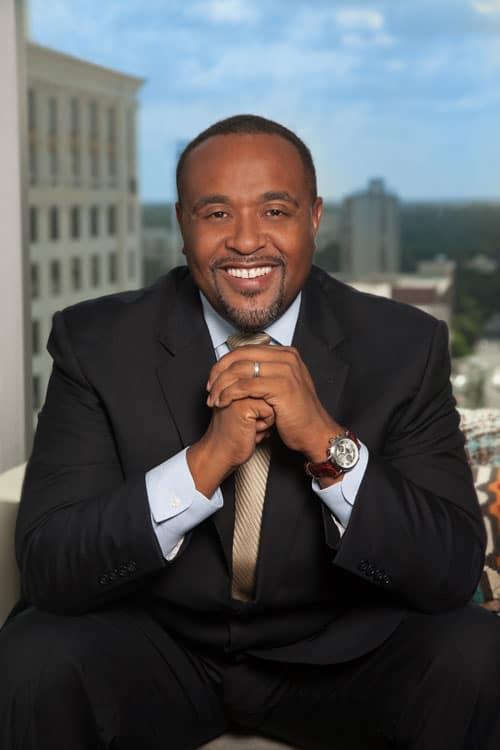 I will definitely have to explore the life of Harold Mills in a later section or post. I’m loving this guy.

Originally, Uber hired their own Customer Service department.  At some point they decided to outsource their Customer Service department to ZeroChaos.  From what I have read, Uber made it seem like it was just a simple change of who held the employment contract.  They sent contracts with limited information to their employees and they promised benefits, flexible schedules, and opportunities for full time employment direct with Uber in the future.

The scheduling was managed by an odd “shift system” in which shifts would be posted weekly, and employees would wait eagerly to try to get decent shifts the moment the shifts were posted.  Anyone who was a few minutes late to pick up shifts would end up with the bad shift times.

One CSR said “It was like the scene in The Hunger Games where all the players are dropped in and there’s absolute chaos trying to get supplies they wanted.  That was what it was like every week to pick shifts.”

These promises were unfounded.  Many of these employees were terminated by ZeroChaos with just an email that read “your contract has ended.” Since that time, I believe that Uber has completely changed how their customer service department is handled and made big improvements.

Most people who apply to work our remote jobs at Museum Hack have done ZeroChaos work for Google. Through my research it seems that Google contracts with ZeroChaos to provide thousands of “ad reviewers” for Google Ads.

Whenever an ad is posted to Google, it must be reviewed for accuracy, completeness, relevancy, and appropriate content.  ZeroChaos employees are the people who review these ads.

ZeroChaos pays $15 per hour, and uses the same type of shift scheduling system that seems to drive the employees crazy. (Sometimes referred to as “eBay for people.”) Every day as ads get posted, ad review shifts get posted by ZeroChaos and thousands of people are waiting for them to appear so they can clock some more hours.

These ad reviewers often complain that they are given little to no guidance or oversight.  They also complain that their contracts can literally end at any time with just a short email stating that “your contract has ended.”  This makes for a very unstable work environment for these individuals.

To be fair, I don’t really blame ZeroChaos for this.  They are probably just doing what their client asks of them and doing their best to create jobs when work is available.

ZeroChaos: Is It a Scam?

When ZeroChaos launched, its original business model was to provide a “shell company” for 1099 contractors to work for/through.  They offered to handle taxation, invoicing, collecting payment, benefits including a 401k and other services.

In 2001, TechRepublic posted an article about their business model. 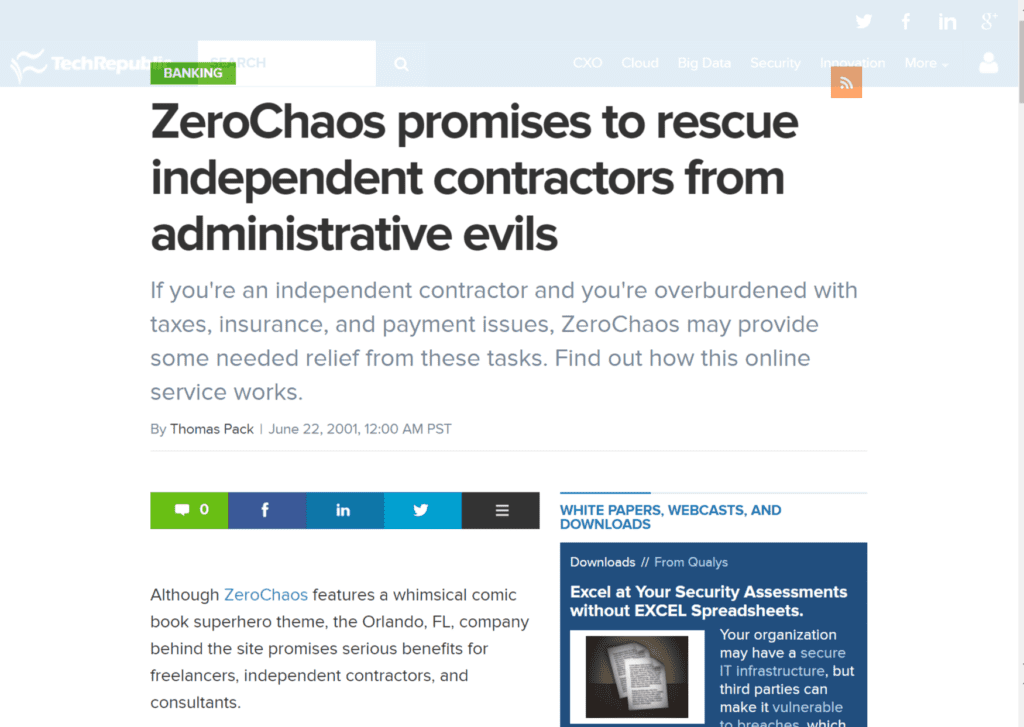 “Downtrodden freelancers! There is no impending doom with ZeroChaos,” promises one of the site’s pages. “Evils such as administrative paperwork, insurance nightmares, and do-it-yourself tax reports are now crushed. With ZeroChaos, you work when, where, and how you want with nothing shackling you down.”

They were known as a shell company or W-2 processor company.  I found an old forum conversation that freelancers had in which they seemed to think it was a scam to skim money from the freelancers’ pockets.The business model was flawed as evidenced by the fact that their sales were quite low while operating under this business model. But as far as I can tell, ZeroChaos had pure intentions. Everything was legit.

I spent several hours trying to dig up some juicy gossip about ZeroChaos.  I figured that a megalith multi-billion dollar company must have made some major misstep at some point or tried to cover up some scandal.

But as far as I can tell, this company is squeaky clean!  I was completely surprised to find that there really has never been any negative press around them.

This incredibly successful company’s worst “scandal” that I can find was basically an accounting error for $61k that was repaid to employees in full.

How many multi-billion dollar companies have managed to grow at an incredible rate like ZeroChaos and managed to stay almost entirely out of the press? I imagine the number is very small.

“ZeroChaos was once Central Florida’s largest locally based, privately held firm until New York private equity firm Snow Phipps Group bought a majority share of it. The company has more than $3 billion in annual revenue, operates in 45 countries and has more than 100,000 contingent workers.” source

Sometime in 2004 or 2005, ZeroChaos started talking to APCP. Not sure if they sold entirely, minority, or a majority stake. Great timeline on their website, which includes:

I think there’s a lot more to research here, and I believe there is something really significant and special to ZeroChaos (some unique selling point for them). More info here on SpendMatters.

Today, ZeroChaos has more than 500 internal employees in more than 40 countries and manages more than 100,000 workers worldwide.

Have you worked for ZeroChaos, or want to share info? I’d love to chat and will keep your identity anonymous. Email me to say Hi.

This is a big company and they are only getting bigger.

Especially after Covid-19, with more and more work shifting remote.