Review: The Grand Paradise in Brooklyn

Review: The Grand Paradise in Brooklyn 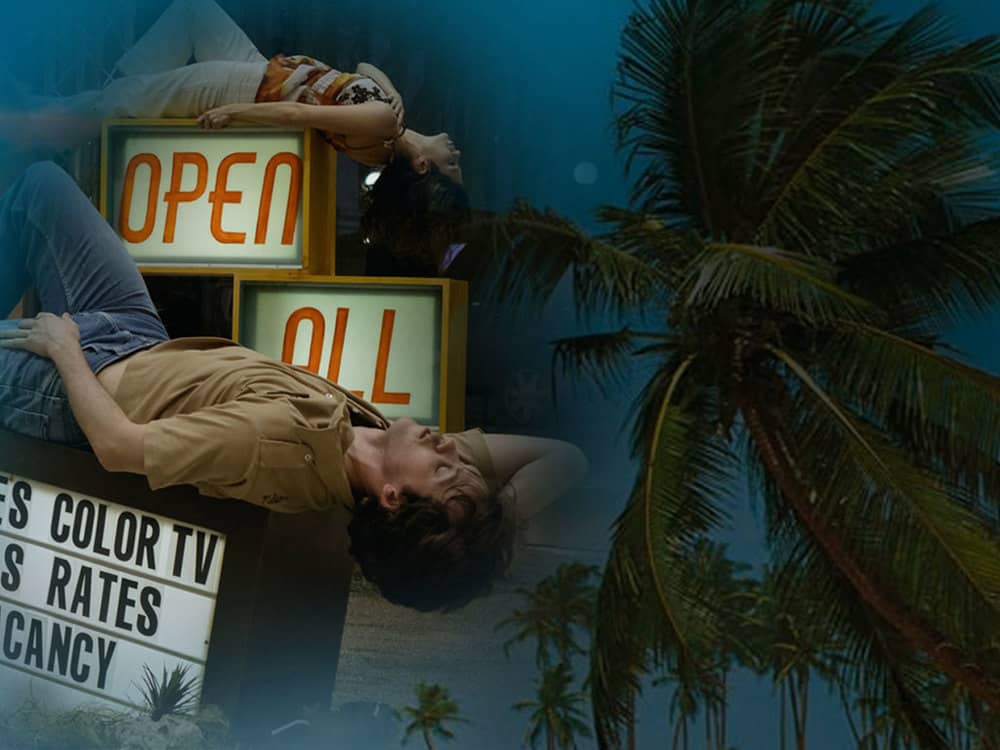 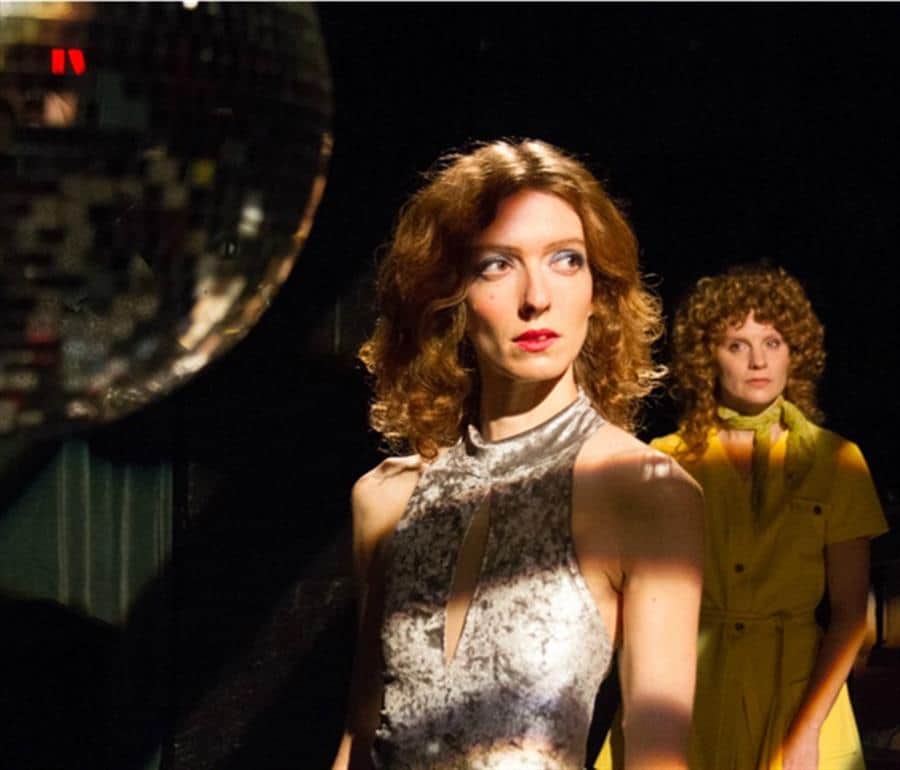 Summary: Very well done. I have so much respect for all the rehearsals and craftsmanship that went into this. Since Queen of the Night is now closed, this will be my go-to recommendation for immersive theater in NYC. Kudos for the location, which is easy to find right off the L train at the Jefferson stop in Bushwick. Recommended. 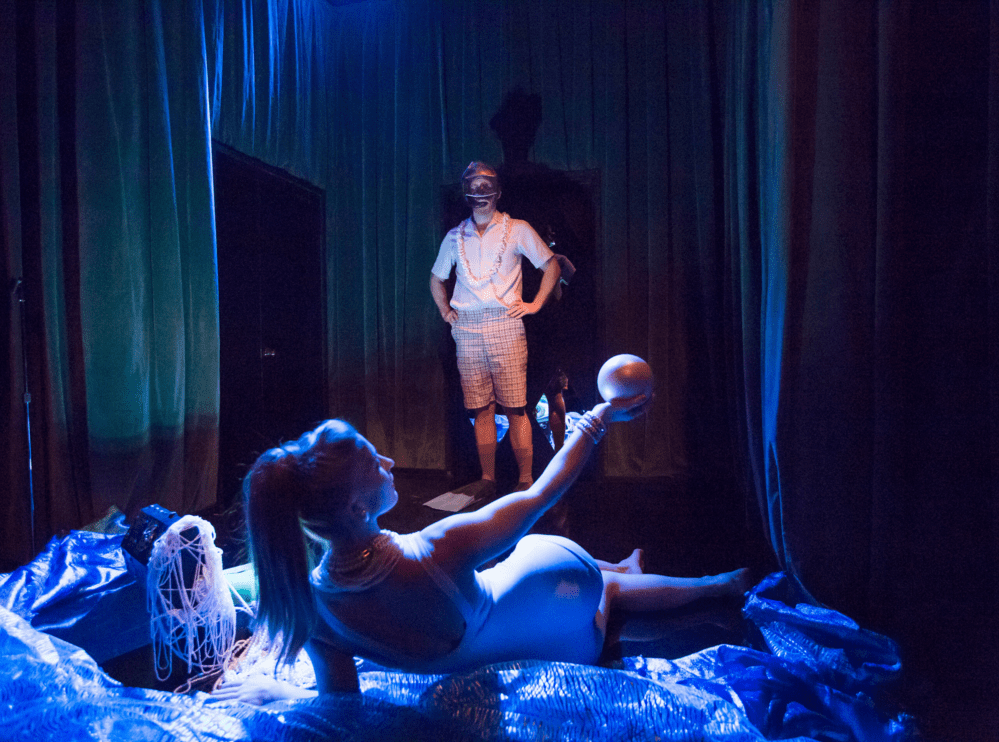 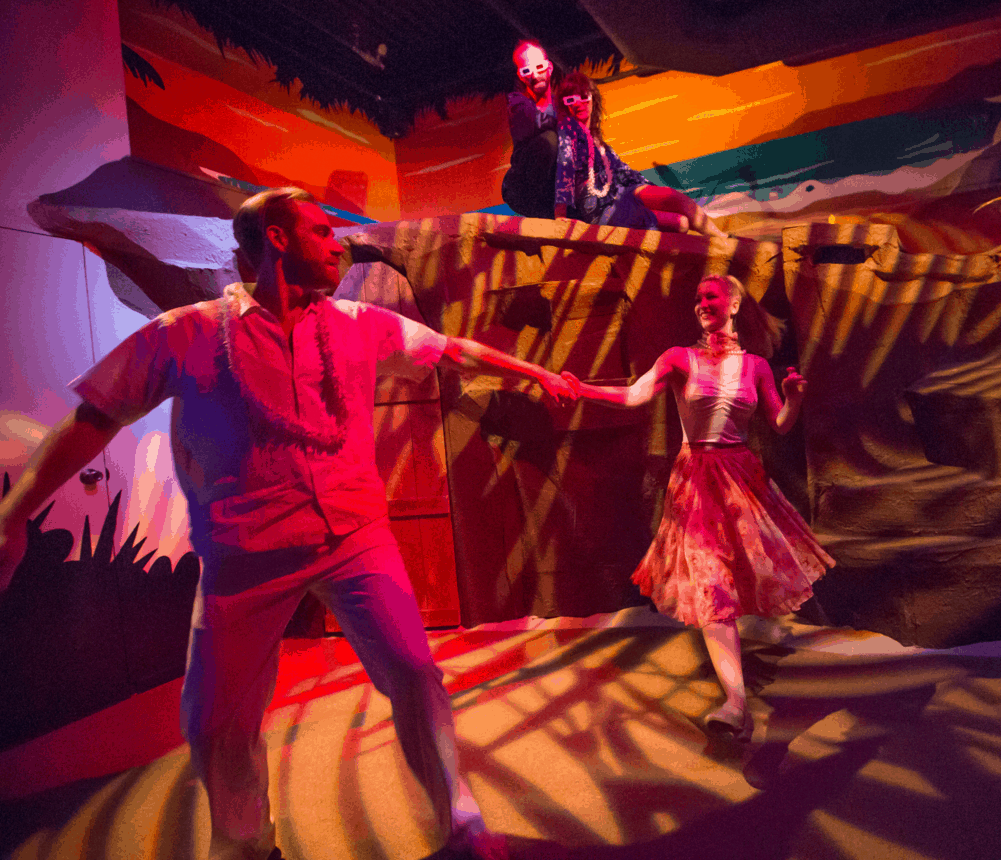 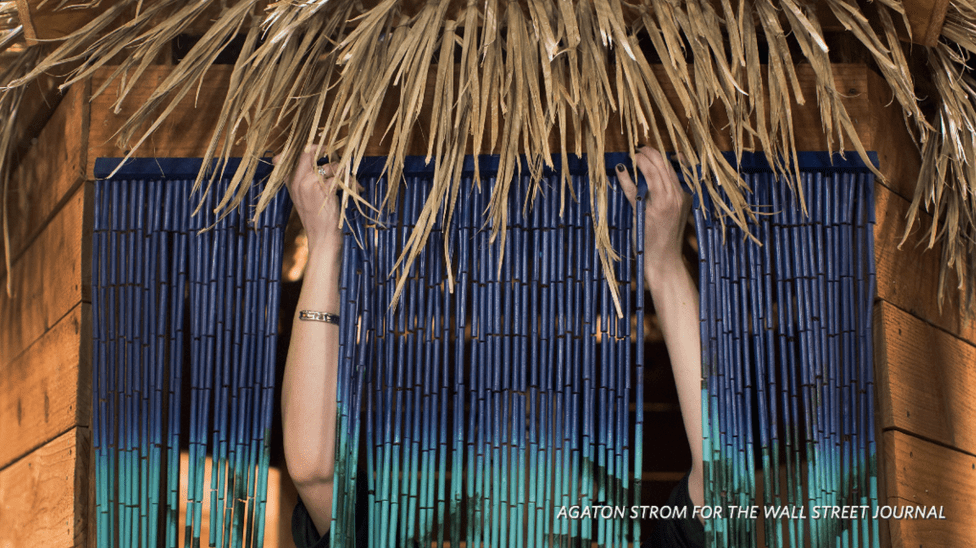 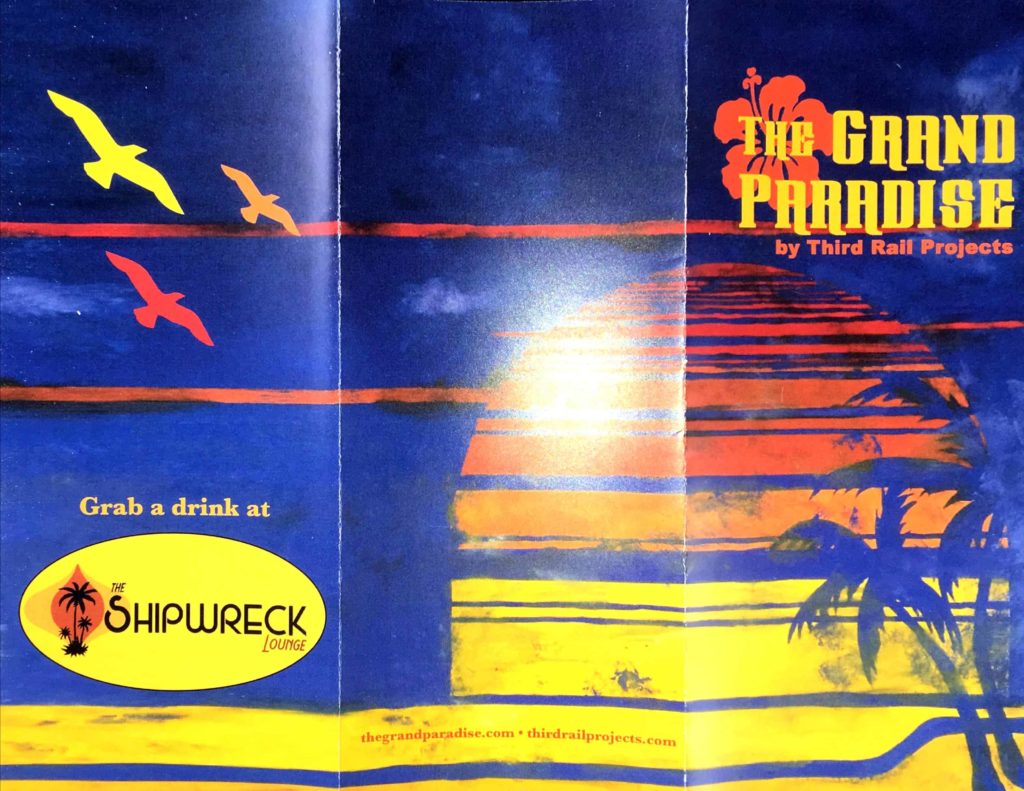 Front side of tri-fold brochure for The Grand Paradise in Williamsburg, Brooklyn 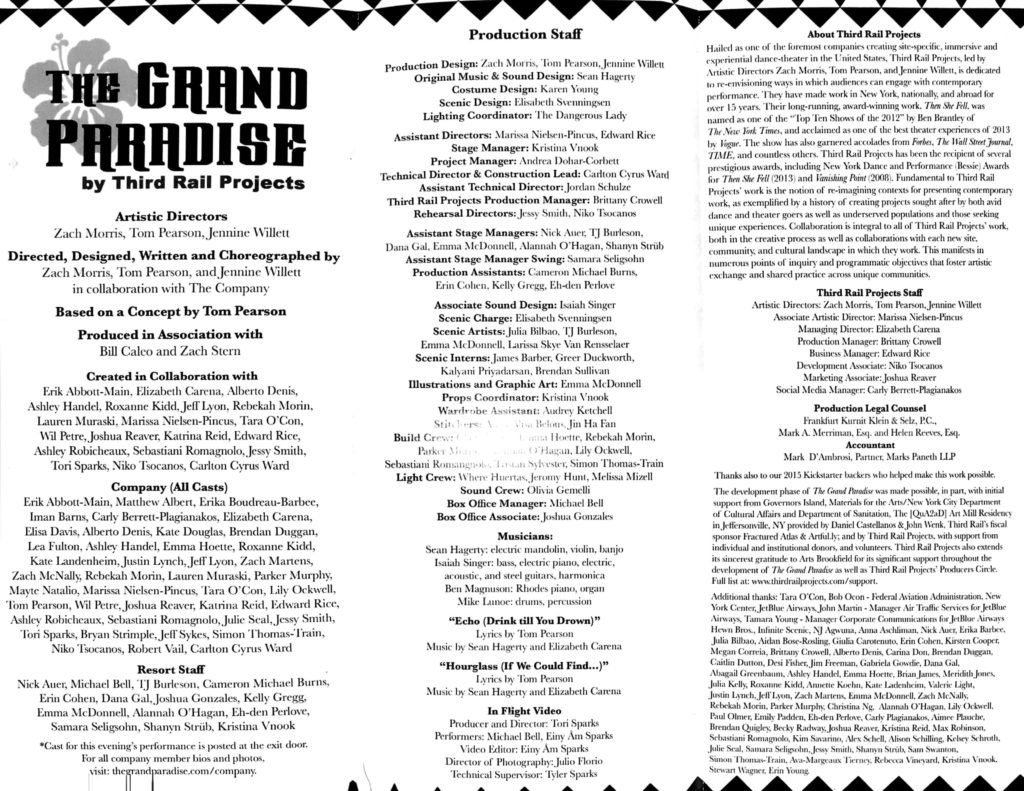 Inside of tri-fold brochure for The Grand Paradise in Williamsburg, Brooklyn

Directed, Designed, Written and Choreographed by
Zach Morris, Tom Pearson, and Jennine Willet in collaboration with The Company

Based on a Concept by Tom Pearson

Produced in Association with
Bill Caleo and Zach Stern

*Case for This evening’s performance is posted at the exit door.
For all company member bios and photos, visit: thegrandparadise.com/company

About Third Rail Projects
Hailed as one of the foremost companies creating site-specific, immersive and experiential dance-theater in the United States, Third Rail Projects, led by artistic Directors Zach Morris, Tom Pearson, and Jennine Willett, is dedicated to re-envision ways in which audiences can engage with contemporary performance. They have made work in New York, nationally, and abroad for over 15 years. Their long-running, award-winning work, Then She Fell, was named as one of the “Top Ten Shows of the 2012” by Ben Brantley of The New York Times, and acclaimed as one of the best theater experiences of 2013 by Vogue. The show has also garnered accolades from Forbes, The Wall Street Journal, TIME, and countless others. Third Rail Projects has been the recipient of several prestigious awards, including New York Dance and Performance (Bessie) Awards for Then She Fell (2013) and Vanishing Point (2008). Fundamental to Third Rail Projects’ work is the notion of re-imagining contexts for presenting contemporary work, as exemplified by a history of creating projects sought after by both avid dance and theater goers as well as underserved populations and those seeking unique experiences. Collaboration is integral to all of Third Rail Projects’ work, both in the creative process as well as collaborations with each new site, community, and cultural landscape in which they work. This manifests in numerous points of inquiry and programmatic objectives that foster artistic exchange and shared practice across unique communities.

Thanks also to our 2015 Kickstarter backers who helped make this work possible.

The development phase of The Grand Paradise was made possible, in part, with initial support from Governors Island, Materials for the Arts/ New York City Department of Cultural Affairs and Department of Sanitation, The {QuA2aD} Art Mill Residency in Jeffersonville, NY provided by Daniel Casellanos & John Wenk, Third Rail’s fiscal sponsor Fractured Atlas & Artful.ly; and by Third Rail Projects, with support from individual and institutional donors, and volunteers. Third Rail Projects also extends its sincerest gratitude to Arts Brookfield for its significant support throughout the development of The Grand Paradise as well as Third Rail Projects’ Producers Circle. Full list at: www.thridrailprojects.com/support.