What does “Curb your dog” mean?

What does “Curb your dog” mean?

Summary: “Curb your dog” means do not let your animal urinate or defecate in the controlled area. 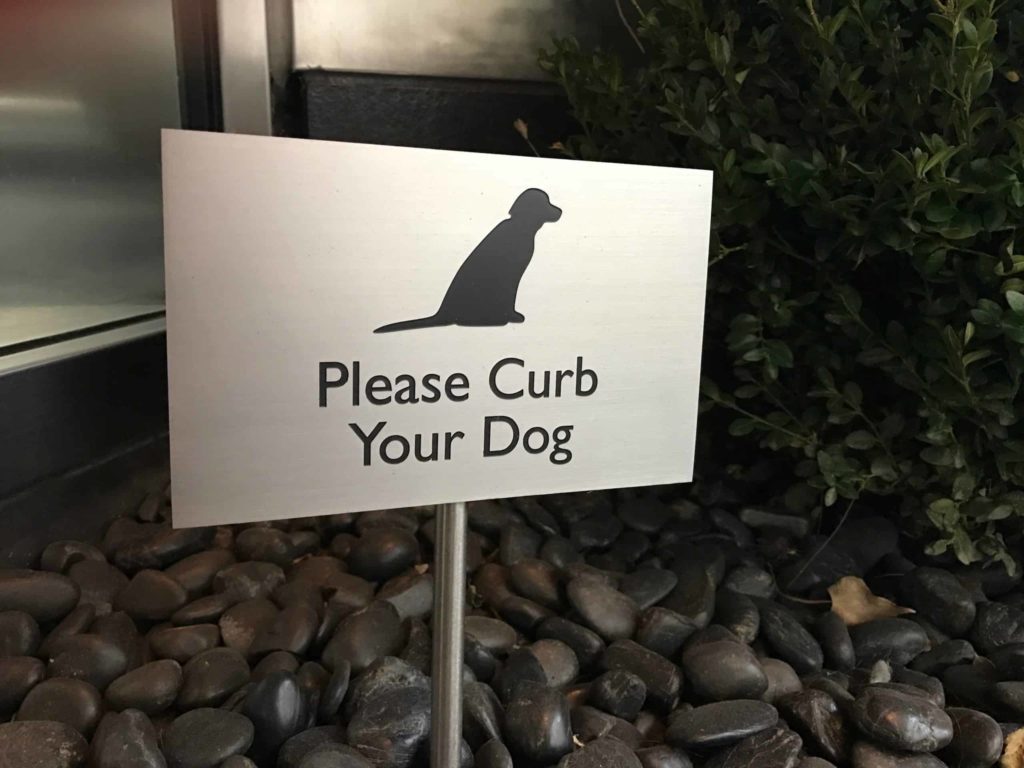 “Please Curb Your Dog” — what does this even mean??

There are signs like this posted all over New York City sidewalks. But do you know what it REALLY means?

My friend Michael Alexis was visiting from Canada last week and had no idea what this phrase meant! He asked me where it came from and I realized that I did not know, either. and I thought many others may not know, either.  I realized it might be unique to NYC, so I did research into the etymology and origin.

Meaning of “Curb Your Dog”

Let’s explore the origin of the phrase:

The phrase originated in the 1930’s in New York City, as signs began appearing around the city in an effort to eliminate dog poop on the sidewalks.  At the time, horses were pooping all over NYC streets, so there was crap everywhere except for the sidewalks.

In 1978, the “pooper scooper law” was put into effect, requiring dog owners to pick up anything that their dog drops.  The signs stuck around, because apartment owners don’t like dogs even peeing in their flower beds.  Apparently dog urine can kill some plants. 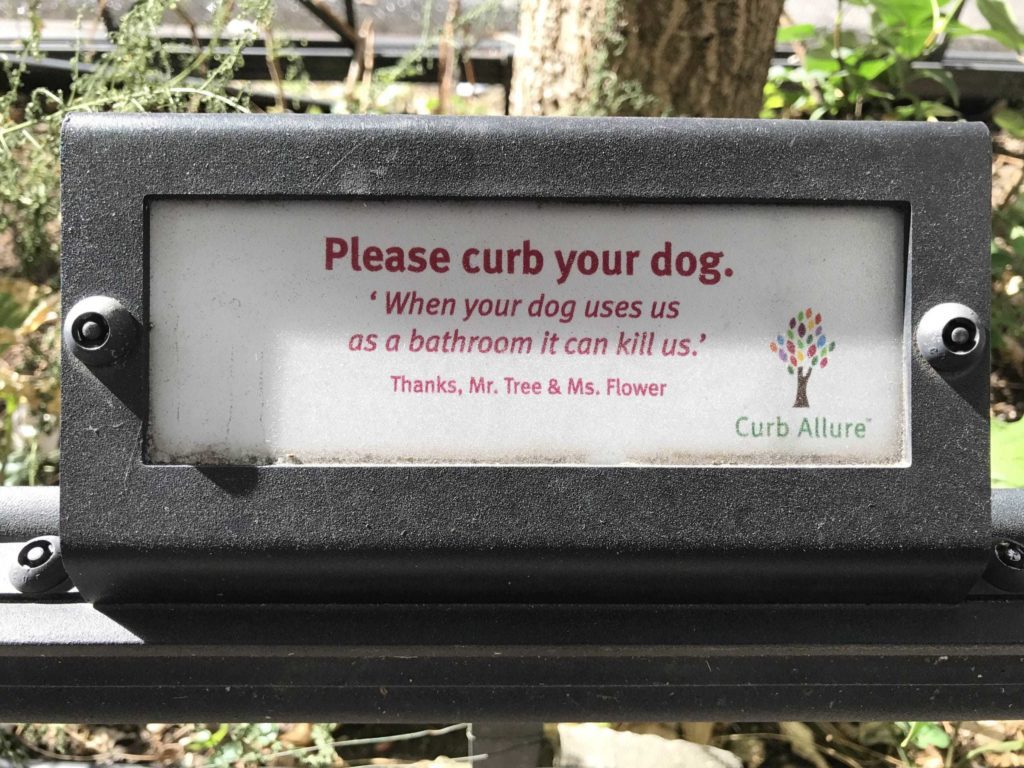 “When your dog uses us as a bathroom it can kill us.”

What does the phrase “Curb Your Dog” mean?

Let me break down the etymology of the phrase:

Either of these terms works for the meaning of the phrase.  Some people say “curb your dog” simply means to control your dog.  Others say it means to have your dog do their business at the “edge of the street.”  Etymologically, either meaning of the word works.

According to Urban Dictionary, it has two meanings:

Other definitions include some more depth to the meaning – the suggested place for your dog to do their business is off of the curb in the gutter area between the curb and the road.  This will have the least effect on the space where people regularly walk.

Here are some more “curb your dog” signs I saw on 1 block of West 56th street: 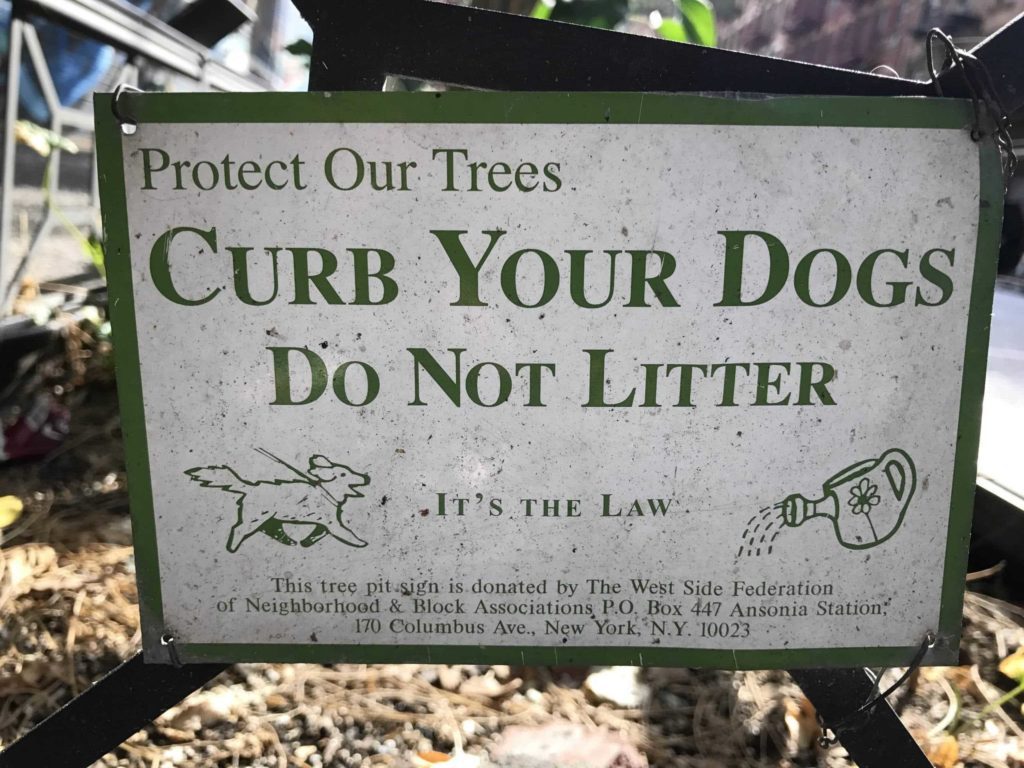 The sign says that “Curb Your Dogs” is the law. I wonder what law it is?

Things I Wish I'd Known Before We Got Married: Book Club Review
New World Symphony in Miami: Quick Notes From My Visit
SideTour Shut Down by Groupon on June 1st, 2015
Matcha Workshop in New York City
How to Play Tennis in Grand Central
Corvallis Plant Nursery in Oregon: Willamette Gardens