This page lists information and video credits about the film Principles for Success, written and narrated by Ray Dalio based on his book Principles.

I am not affiliated with Ray Dalio, the book Principles, or Bridgewater Associates. I am just a big fan! I’ve made flashcards from the book and I try to study them every week.

You can watch the film in this single video on YouTube.

Here are the credits shown at the end: 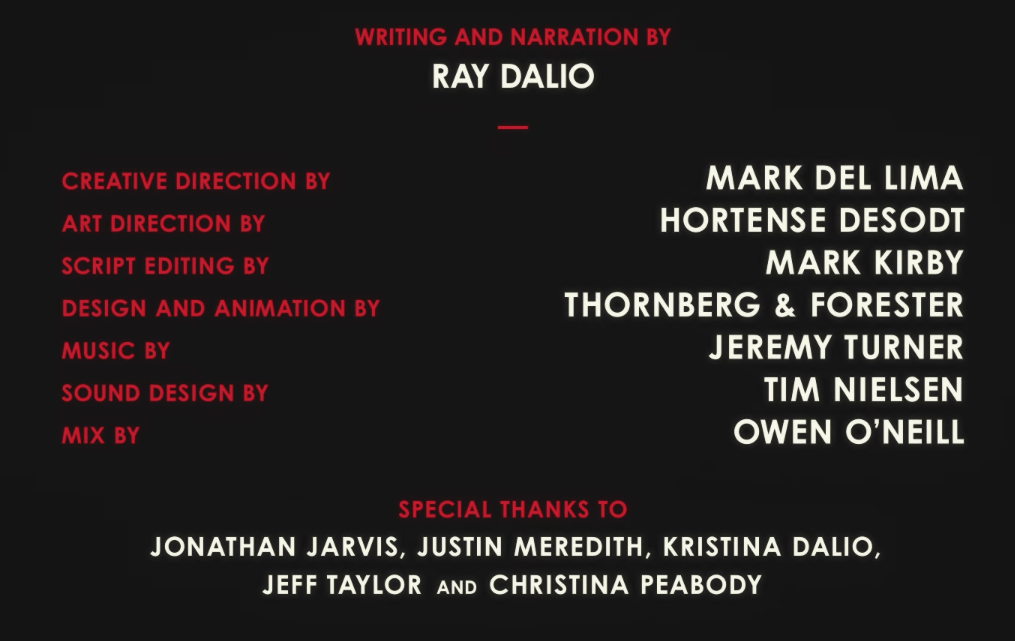 Writing and narration by Ray Dalio

Design and animation by Thornberg & Forester

That’s right near my apartment and near my favorite fast-casual Paleo restaurant, Hu Kitchen.

Tim Nielsen from Skywalker Sound did the sound design.

(Does that include sound effects? What exactly does Sound Design include? Email me if you know!)

The music was composed by Jeremy Turner.

I’d love to see a version of the film with no voice overs.

The animation does such an incredible job of conveying the ideas. It would be neat to see it, as a work of art, with just the score, sound effects, and animations.

Do you have any info about this cartoon / short video series? I’d love to add any behind-the-scenes info.

Principles for Success: an ultra mini-series adventure in thirty minutes, and in eight episodes.

Episode 1: The call to adventure

Before we begin, let me just establish the fact that I don’t know much relative to what I need to know. Whatever success I’ve had in life has more to do with my knowing how to deal with not knowing than anything I know.

That I should be telling other people what to do sounds kind of presumptuous to me. But I’m going to do it because I believe that the Principles that have made me successful can help others achieve their own goals. 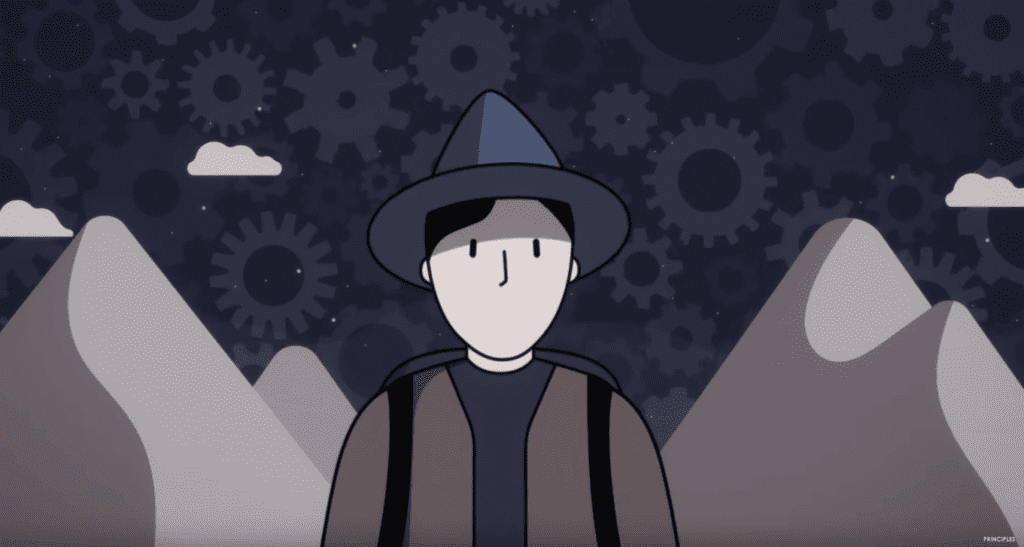 Screenshot from the animated cartoon for Ray Dalio’s book Principles, via YouTube

I’m now at a stage in my own life in which it is much more important to me to pass along what I’ve learned about how to be successful than to seek more success for myself. What you choose to do with these Principles is up to you. You have to be an independent thinker, because only you can develop your own Principles based on your own values.

This brings me to my first and most fundamental Principle, which is: 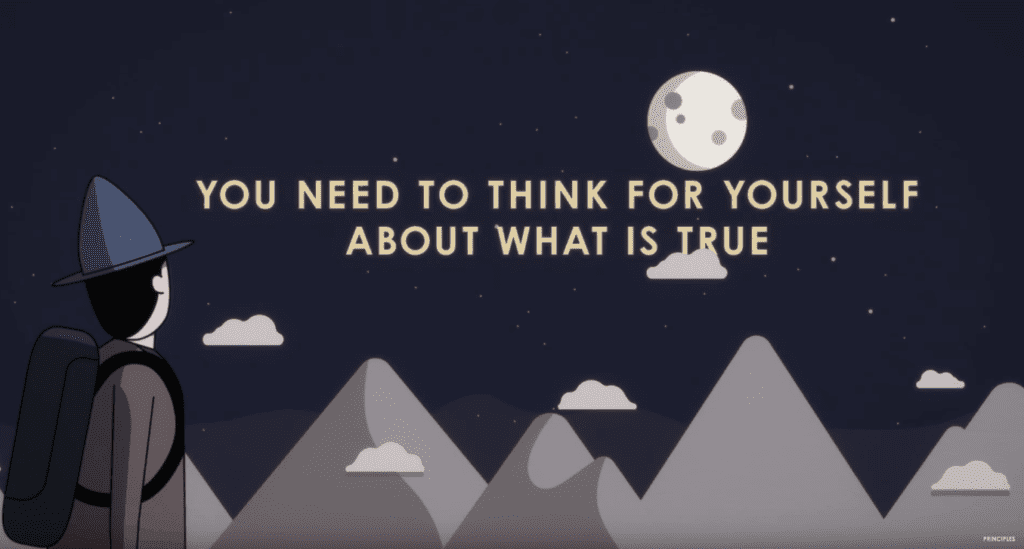 You need to think for yourself about what is true.