The three best museums in Québec City, Canada are: 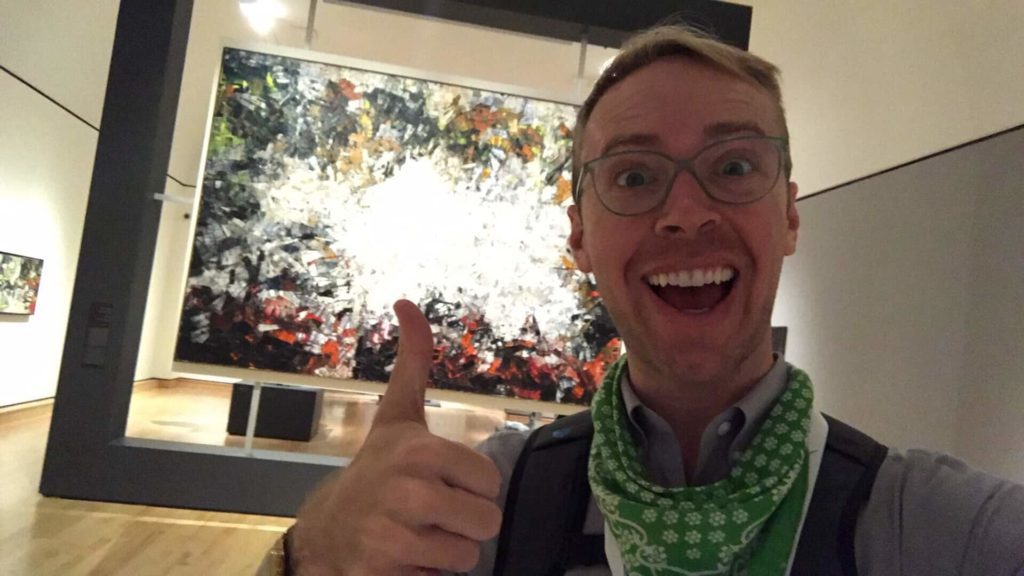 Me inside one of my favorite museums in Quebec City

These are my travel notes which include my favorite photos, notes on two of the museums I visited, two good places, and candid / random notes and observations about the city.

Spread over three buildings, it includes a modern, contemporary, and old-style (1800s?) collection. 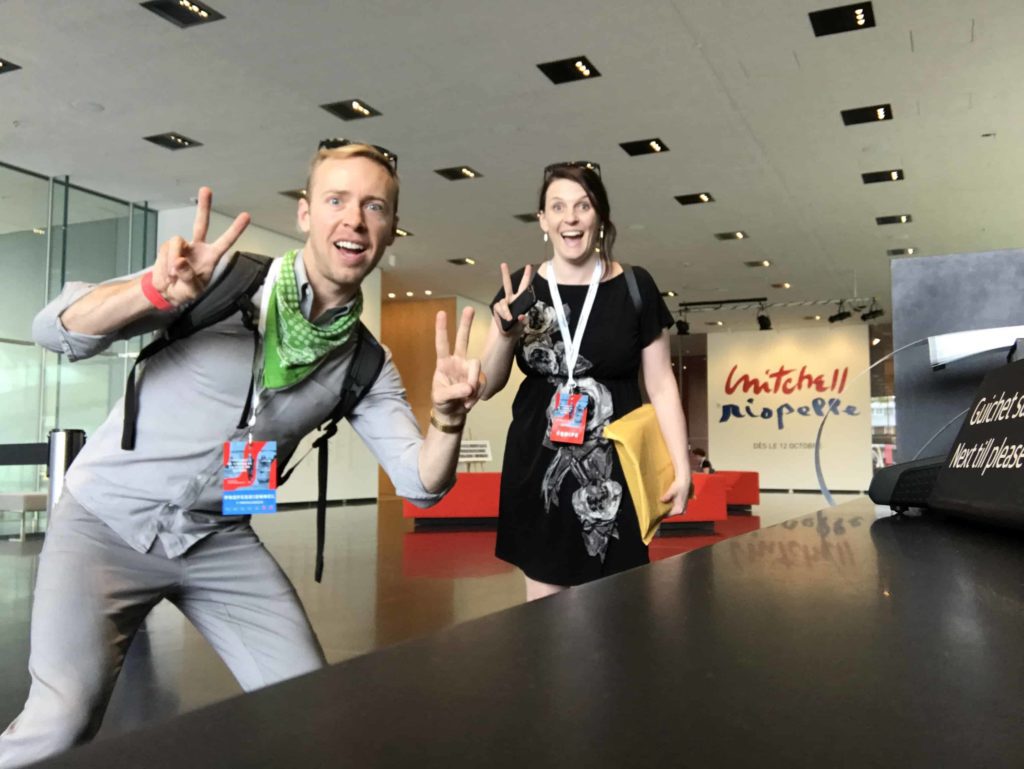 Me and my host in Quebec, Amandine Gauthier in the lobby

One of the buildings is a former jail. It houses a few floors, each with a different exhibit(s). When I was there, they featured individual artists from Quebec. I got tea and a salad in the basement cafe here.

My favorite area was the third floor of the old, non-jail building. It is in the traditional museum style and features Quebec history and art. The top floor of the old building was very traditional. I liked it.

Also don’t miss the impressive contemporary collection in a beautiful new building, plus the golden elevators and staircase (from floor 1 to 2) that is picture-perfect. 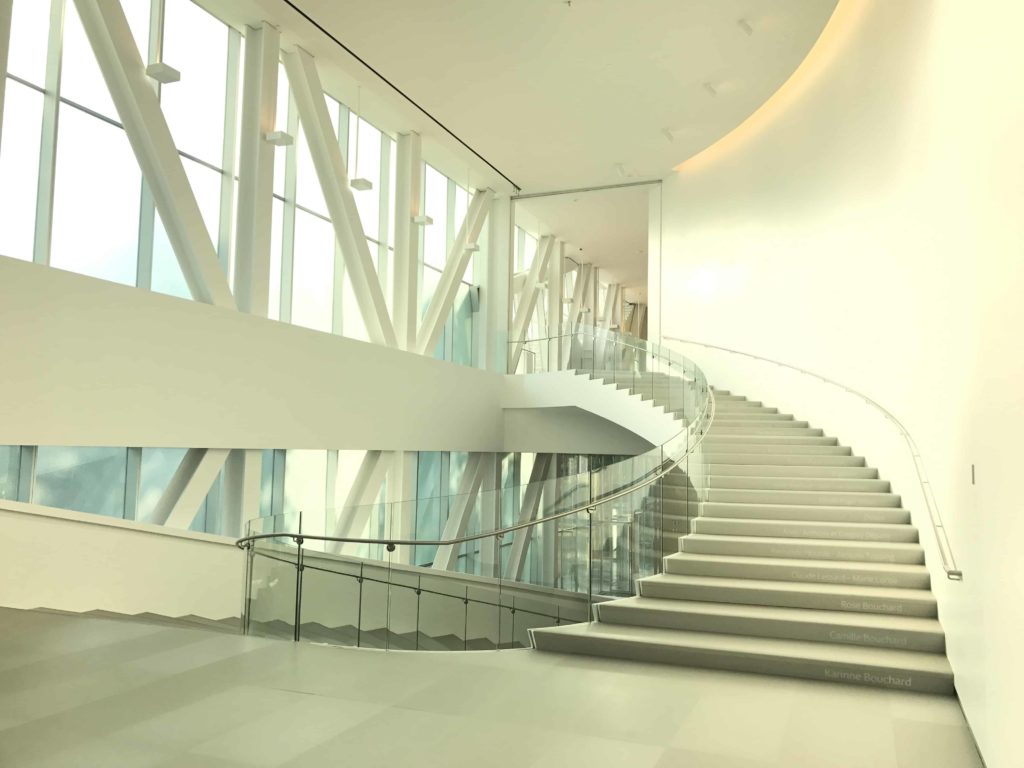 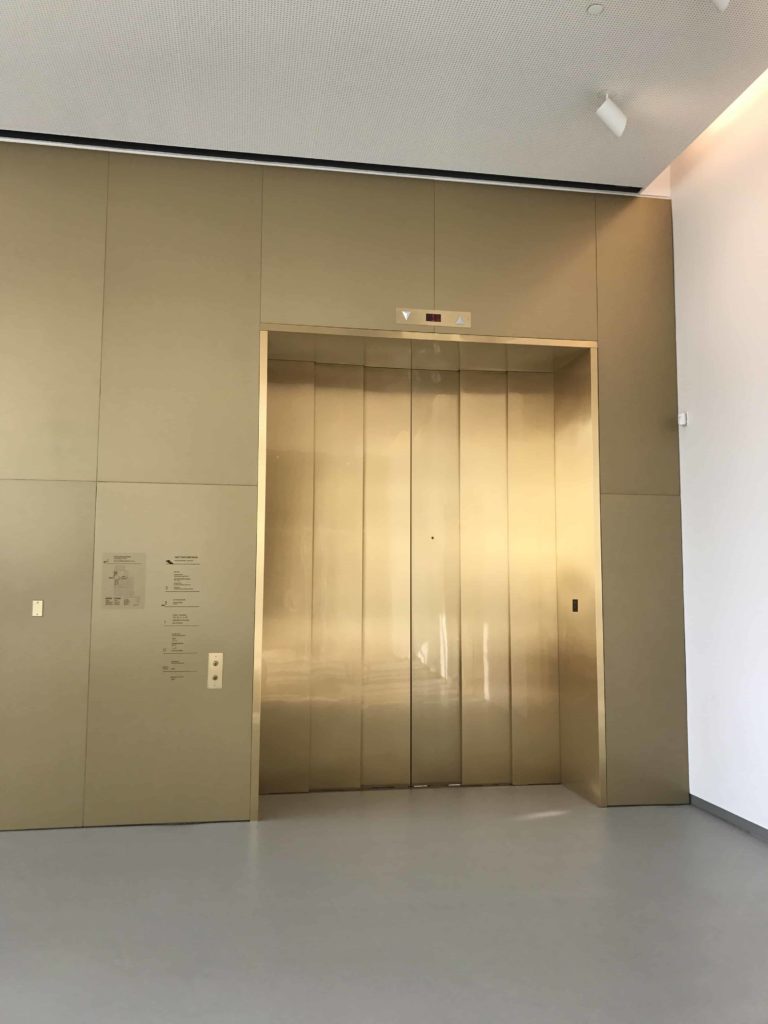 Gold elevators! I made a video about these.

I filmed this during the party of the QCFF!

A church, a nunnery, a hotel, a yoga spa, and a museum. When I come back, I want to stay at this hotel for at least a night! Dating from the 1600s, the convent originally was a hospital and a closed community for the nuns. One of the rooms. I didn’t take this photo but I’d love to check it out!

There’s an impressive, nicely designed museum in the basement that tells the story of the nuns and their old-world ways of living. About a dozen rooms are available as a hotel. It is also a popular spot for people to do health retreats (I saw some yoga classes).

I spoke at the Monastery on 20 September 2017 as part of the Quebec City Film Festival’s Storytelling and Storytellers panel (QCFF-iD). There were over 100 people in the audience from Quebec province. 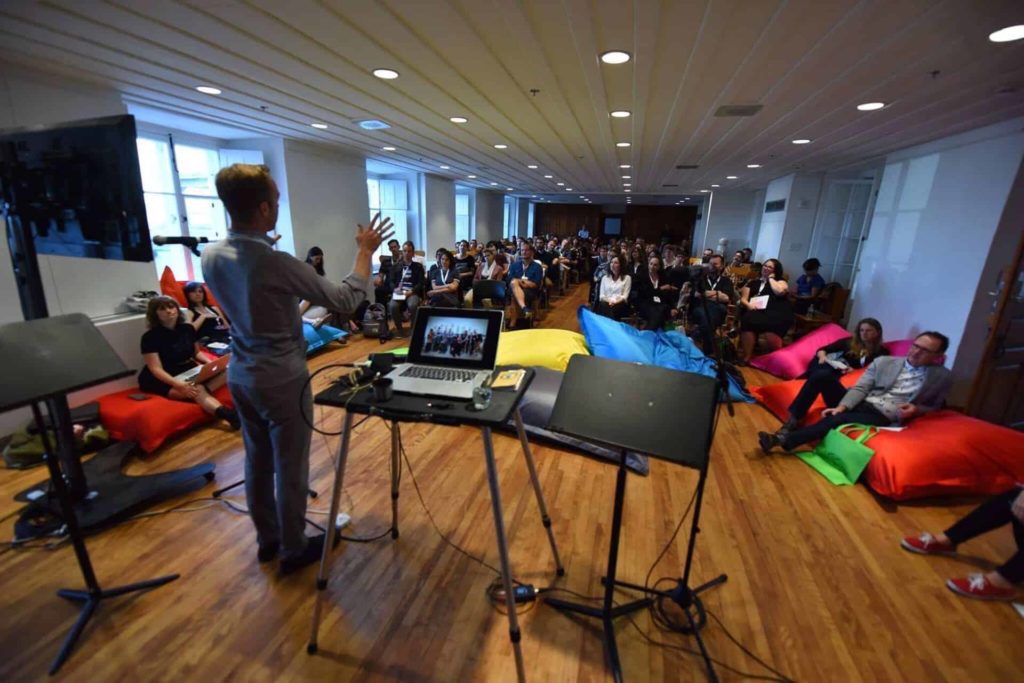 Me as a keynote speaker about Storytelling and Museum Hack

There were more keynote speakers, including: 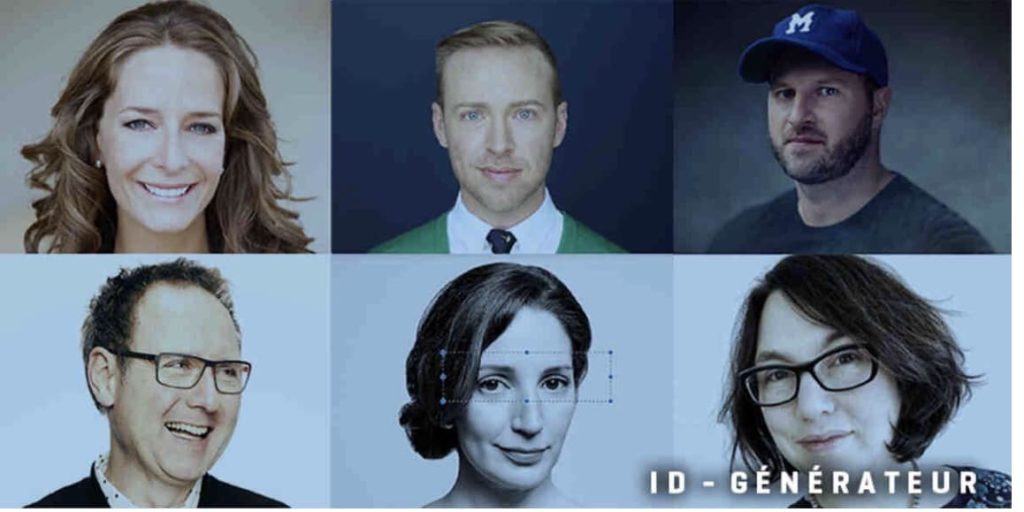 Other Good Places To See in Quebec City

In the heart of a famous collection of small streets. Very picturesque, very touristy. I would bring a date or family here to walk around and pass time.

Begin at the Musee national des beaux-arts. Explore, and then exit the new building. Turn right, then left on Cartier Street. Explore this area to find popular / cool / local shopping spots. Walk to the dead-end, and turn right. Find Saint John’s Street (bear right, I think?) and walk this into the walled city and into the Old Town.

I heard that St. Joseph street in the downtown area is also cool.

At the airport: VIP Salon at YQB Airport, departures side: If you have the Priority Pass, come here. The reviews accurately say, “One of the nicest Priority Pass lounges in North America.” Had a full salad bar, soup, and plenty of beverage options. Huge, modern, nice. The large famous hotel castle in the Old Walled Down.

A local described it to me in a very colorful, entertaining way: “Do you remember in high school as a freshman the overweight, shy girl? And you forget about her for a few years, then at senior prom, she’s the most beautiful? But when you take her home, she remembers her old self – and she is shy and lacks confidence? That is Quebec City. Then Montreal is the famous cheerleader who is hot and sexy, but she doesn’t have to work very hard. So when you take her home, she is a bit lazy, and not as good.”

I enjoyed my visit to Quebec City. I would like to return, maybe in the winter or on a cruise.

Purpose: Speaking at the Quebec City Film Festival in the Storytelling panel 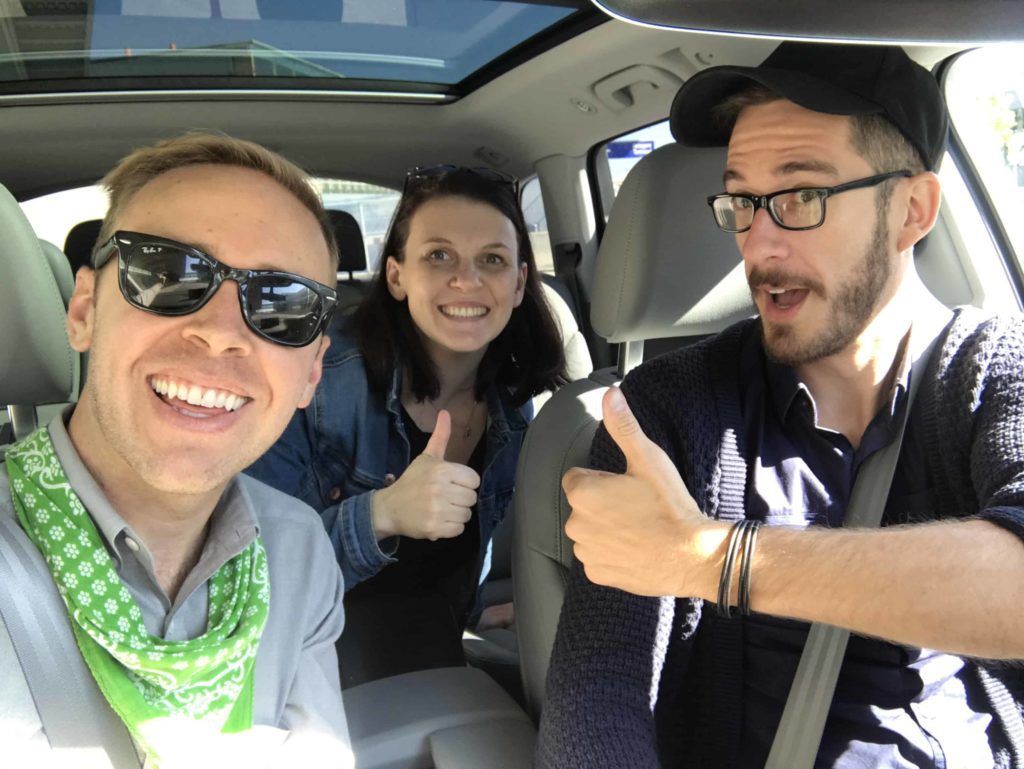 I was driven around for a VIP Museum Hack-style tour of Quebec City with my great guides, Amandine and Ian Gailer. Me and Amandine Gauthier, the organizer of the QCFF-iD Storytelling Panel The QCFF-iD speakers on the red carpet. How’s my jump??